Email from my ex-boy 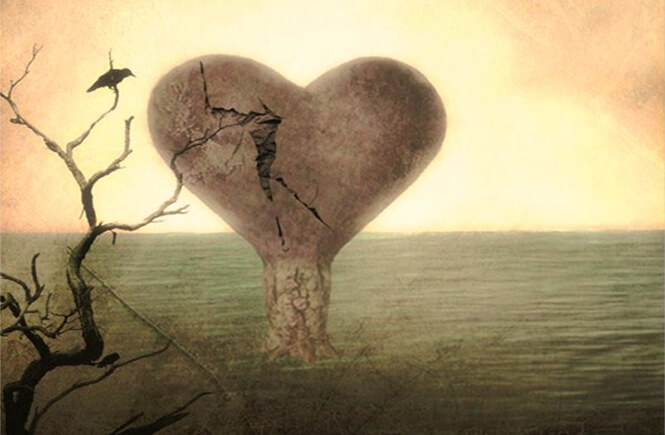 'Scars of Heart' by Delphine Devos

The email landed in my inbox a couple of weeks ago. It’s been some six years since our last contact, since he broke my heart.

At first I thought it was spam, I frequently get spam that appears to be from my own contacts. He used a name I recognised and an email address I didn’t.

It landed softly this time, a confusing flutter as I realised it was him.

He called me Ma’am, and acknowledged that he probably shouldn’t anymore. His voice strange and unfamiliar and wholly familiar.

What followed was a stream of consciousness from someone who had been drinking, who was alone, who was questioning himself.

The main thing: I hope you are doing well and I wonder about you constantly… I am so sorry for the way I made things end between us…

Bygones. It doesn’t matter any more.

He talked about how everything with me was ‘too real’, that it led him to facing things in himself that he had been denying and it was too hard, that he couldn’t bring himself to talk to me about it. So he ducked cowardly out on me.

He talked about how he is in that same place now with his Domme (his love, his owner, his partner, his fiancee, he didn’t call her any of those, but all of those are truth). He has two Dommes now, he said. He is overwhelmed and reaching out with the same headspace he felt with me, just as he reached out to someone else when he went through it WITH me.

Have you learnt nothing, boy?

I don’t think he reads my blog. I don’t know.

I haven’t replied. Not out of spite or hurt or resentment.

I just… I don’t have words for him.

I don’t need uneasy, stilted, and superficial conversation heavy underneath with the weight of our history. Saying nothing of substance to someone who had your all, who had everything, feels like skipping stones on an ocean you almost drowned in.

But saying something of substance is pointless, heart breaking. I am not his confessional, and those words involve digging into things I’ve worked hard to put away safely in their lead-lined box in that deep dark drawer right in the back corner of my scarred heart.

The silk-soft shiny parts get taken out and petted every now and then, but the others: No.

I feel them there though, in response to hearing from him, rattling around and restless to be given air. But giving emotional energy into a long-past relationship from which I struggled to heal and from which he has long moved on is a fraught and slippery monster.

I don’t know what that leaves, I don’t have anything left to give him.

If I reply, then he will respond or he won’t, and however the conversation goes, it will end quietly and I fear it will leave a big gaping black hole out of which no goodness will come.

Neither a response, nor lack of one, will bring me any joy.

The idea of it, some exchange, is not like opening old wounds exactly. It’s more like scratching at long-closed scars that you did your own surgery on, more than once, that healed so very slowly and badly that they are thick and ropey and ugly. A testament to how hard it was to put the pieces back together.

I don’t know what he wants from me though at the same time I understand the urge to reach out. I am strangely grateful for it. Despite this writing, it is not sitting heavily on me.

It reminds me some of this scene from Sex And The City where Carrie (the most self-involved character ever) is wanting and demanding something from the ex she cheated on, she is talking at him, all angsty and self-centred, and finally he shouts ‘YOU BROKE MY HEART!’

So this is my reply, if you are reading:

I am glad that you wonder about me constantly because I am selfish and I want to know that I own that piece of you still and forever. It makes me happy, that heavy impact.

I appreciate you reaching out even though I have no clue what to do with that. Thank you for your apology and for explaining more of what was going on with you back then, I am surprised and saddened that I didn’t see it or feel it.

I said this at the time, and I believe it still: I know you did your best for me for as long as you could. For that, I thank you, still, with the full weight of the joy you gave me behind it.

I have long since forgiven you.

To those feelings that are overwhelming you, those that you recognise: Trust your Dommes with your fears and doubts. Don’t look elsewhere, to me, to others. Don’t run. I’m sure they love and care for you very much and will want to help you with your struggles. Don’t make the same mistake again.

I am glad you are loved up and that your angst is about being on the cusp of getting what you want, no matter how frightening and confusing that might feel. And if it doesn’t work, if it isn’t what you thought or hoped, you always have the option to change your mind. You can’t go back, of course, but you can change direction, and those who love you will look after you. Trust them to do that.

Despite the swirling maelstrom that caused you to reach out, I genuinely hope that you are as happy as we were for that brief shining moment. No happier though: That would be unfair.

And to answer your other question, there is no particular way a boy who would have sex with people for money looks, though if you are making eyes at many drunken strangers in foreign bars, and they are baffled by your attention, they might think, ultimately, that you are touting for business. Ask for much more than you think you are worth. Be safe. 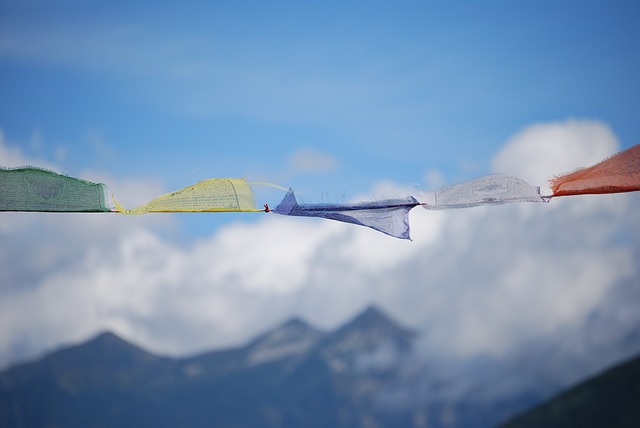