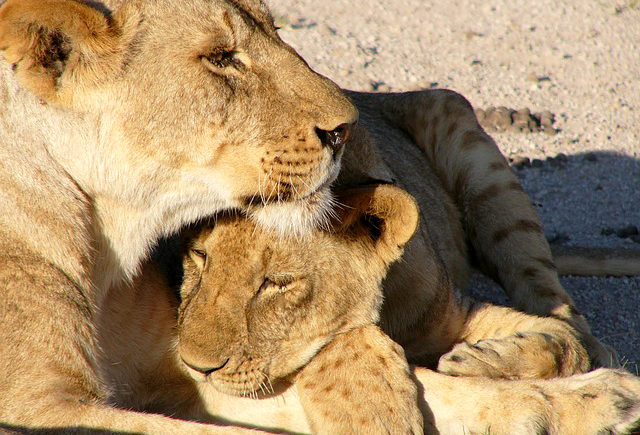 He is young and reckless. A gambolling curious and sensitive kitten. Also a clumsy puppy who wiggles and wags and runs headlong into the furniture. Despite his outward playfulness, inside he is wounded and fearful, but he can be coaxed out of hiding to roll over and present his soft underbelly over and again. Smart, articulate, and frighteningly perceptive, he bounced into my corner of the internet some three months ago with his devastating vulnerability and got all up in my face.

He is nowhere near me, of course, as is always the way, but he made Plans, capital P Plans, because I refused to go forward without them.

They fell apart, those plans.

He has broken my heart already. Not in a ‘sobbing on the floor’ kind of emotionally-stricken way. In an ‘I can’t with this’ kind of way, with lies that make me suspicious of everything he has ever told me, or tells me, or will ever tell me. Once you discover that there are lies, everything you think you know becomes suspect.

In amongst all the mistrust, though, there is a small piece untouched: I trust his heart. Which sounds ridiculous really, but it is raw and open and damaged and he lays it at my feet like a sacrifice.

“It’s yours,” he says, full of intensity and love.

It is unfair, so unfair, that he should do that. That he should betray my trust and then put me in a position where his vulnerability is mine to do with as I please.

After the anger and the sadness and the realisation that it wasn’t going to happen, after I raged at him, at myself, at the stupidity, I found myself worried for him. For HIS hurt. For HIS pain. I mean What. The. Everloving. Fuck?!!

And I’ve wanted to write about it, but I’ve been stuck with what to write and how to write it.

I don’t know what to do with this, if I’m honest.

We talked in the aftermath of his potential-killing lies, though my instinct was to cut him loose. And if anyone had asked me what I would do if someone lied to me, I’d say “I’d cut him off, WTF sort of question is that?!”

I felt something with him that I haven’t felt in a long long time, I reached for it, I really wanted it. And if I think about how it played out, I get angry all over again that he fucked it up. HE FUCKED IT UP. It makes me so mad.

So now we are in this strange place. I told him that I was done, that it wasn’t happening, that he’d irrevocably broken the potential. He understands.

And still, against my better judgement, I like him, I mean, I really LIKE him. I am tender and protective towards him, have a level of care that colours everything, I want him to be whole, healed, happy. I feel that connection, you know the one… the one I never feel? Yeah, that. And I kind of hate myself for it. How can I have the feels for someone I don’t trust? I didn’t even know it was possible. Last time a potential submissive lied to me, I cut him off so fast his head must have spun. This time… the anger dissipated quickly, disappointment was left behind, the connection not intact, but still there.

Not knowing what to do exactly but unwilling to let him go in the face of his stunning imperfections, I have brought him inside a fragile bubble with me. Inside the bubble the world is light and full of rainbows and pretty colours, unicorns and fairies. Inside the bubble, we talk all day, we have occasional phone calls, we flirt, we joke, we exchange ideas, we talk about anything and everything, I share much with him, we pretend everything is beautiful. We are growing an intimacy built on affection and denial.

Outside of the bubble is an apocalyptic world, dark and toxic, thunder and electric flashes split the sky, the air is clouded with poisonous gas, everything is bleak, stained and broken. Every time I peek out to see if it’s cleared some, I feel it thick with ugliness, and I step back inside and pretend I never looked.

He still holds out a little glimmer of hope. I see it shining sometimes, all optimistic and catching the light. Inside the bubble, I can pretend I see it also in those sweet moments, as long as I don’t set foot outside.

It is unhealthy, it is not the best thing, not for me, and certainly not for him. I will step back out into the dating world again, sooner or later, when I have the energy and the will. And with nowhere to take this, we will eventually be set adrift. I know he won’t deal well with it, he knows it too, and still he reaches for more even though he knows that more will make it worse.

I feel like I should end this before I have to stab us both in the heart. Even as I write that it strikes me again that it’s so very odd that I am the protector here even though I was the one who was betrayed and am, by all definitions, the injured party. I don’t really know how that happened.

He runs at it, though, the heartbreak he knows is coming. Even if I stab him in the heart, he will fall and remain there at my feet, a flash of hurt, a spike of anger, and then he will swear that he is fine, no really, he’s fine. He will take whatever I offer for as long as I offer it and maybe even after that. A grown man can make his own choices, of course, it is patronising to think otherwise. But he is still only a cub, and I feel like I should protect him. I am doing a rubbish job of it.

In the meantime, inside the bubble, I put him to bed every night with petting and sweetness, I call him ‘my lovely’, and he rests easy there, curled up against the curve of my neck, all sleepy-warm and purring. And I wake to his bouncy enthusiasm every morning, and every morning it makes me smile.

I don’t know what I’m doing here. But now you know where I have been.

“And I wanted it, I wanted it bad
But there were so many red flags
Now another one bites the dust
Yeah, let’s be clear, I’ll trust no one”

I’d rather have the terror, thanks

He’s just not that into you