Is it play acting?

“…is there some “playacting” there with the de riguer props (whips and crops, bindings and gags, collar and leash) and the formalized play of rituals; the sub speaking only when spoken to or given permission, lowering of his eyes and made to kneel, bowing down…?”

I think I understand what you are getting at, but ‘play acting’ rubs me up the wrong way. Are vanilla people ‘play acting’ when they dress up in sexy lingerie or when they talk dirty or rub up all over their partner? Or are they just expressing aspects of their sexuality?

It’s not really an on/off situation either. We have an entire spectrum of human emotions and activities to play with and most of us run the gamut.

Interestingly, I had a similar conversation with a lovely newbie submissive I met in LA. He was asking whether BDSM ‘stuff’ was ‘role play’ (same gist as ‘play acting’). At some point (after many drinks and lots of talk), I could *feel* our dynamic even though he was not a potential for me, it was just ‘there’. I demonstrated snapping my fingers, pointing to the floor beside where I was sitting and saying ‘Kneel’, and I asked him if he thought it would feel like role play if I did that. I could tell that he was shocked by his own reaction, he would’ve done it in a heartbeat, he *wanted* to do it even though I was just demonstrating. BOOM: Light bulb.

When there’s some D/s dynamic between you, the props and the rituals are not ‘the thing’. They simply provide a way to express what you feel or they are tools to get what you want or symbols to reinforce what you have.

I will say that there IS an aspect of theatricality to it. I can put on ‘bitch domme’ as well as anyone, and obviously that’s not how I walk around it the world (nor do vanilla women walk around as ‘sexy vixen’), but if I put her on, she is less ‘a costume’ and more ‘an externalisation of a part of me that exists’. I’m essentially letting her off the leash vs ‘pretending to be her’. 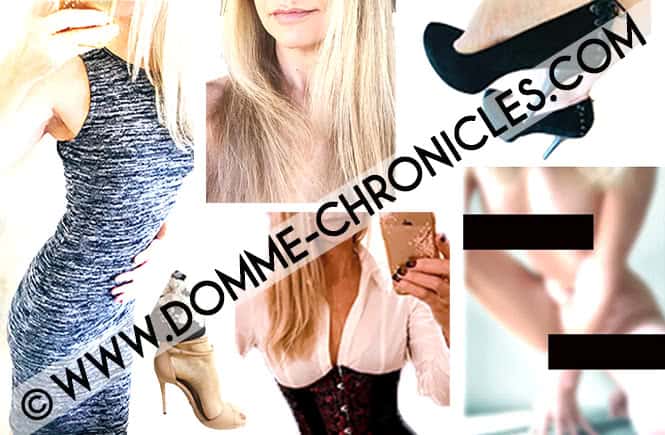