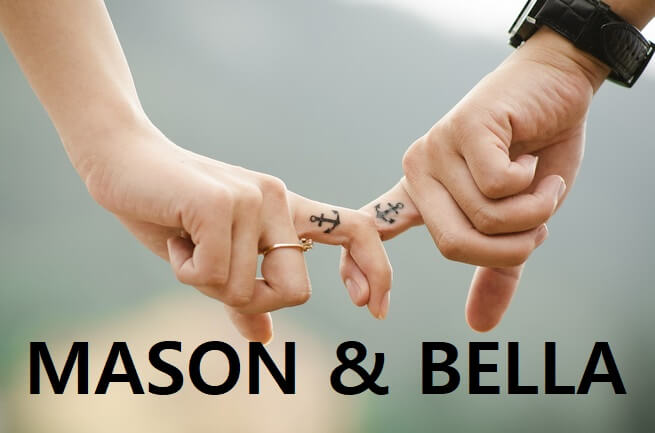 Welcome to the story of Mason and Bella, whose college-sweetheart romance led to marriage, and then evolved over the years into the female led relationship they both enjoy now.

Playing youth soccer, at age six, I was already competitive. If anyone, boy or girl, bested me on a play, it wasn’t because I let them. But when a girl did get the best of me, I instantly had a crush on her.

Bella and I met in college our junior year. After a class discussion in a course we shared, we grabbed a coffee together. This quickly became a weekly routine. I was immediately attracted to her. She was passionate, opinionated, and incredibly intelligent. Within a couple of months we were dating. We got married just before graduation.

Throughout college, I was in ROTC, and I had a military commitment immediately upon graduation. It was my dream to serve in the military for 20 years, and then enter politics to pursue elected office.

Military life was hard on Bella, and our relationship took a toll. We fought constantly, and sex became almost non-existent. After 6 years, she gave me an ultimatum: either I left the service or she left me. I left the service.

A year after I returned to civilian life, Bella dropped a bombshell on me when she told me matter-of-factly that she had filed the paperwork necessary to run for mayor of our city. I was initially jealous of her for pursuing my dream, and bitter at her for not discussing it with me.

After Bella won her election, I saw a side of her that I never had before. Prior to the election, she’d taught high school social studies. I had seen her in that role as I saw her at home: nurturing, inspiring, a cheerleader and supporter. As mayor I saw a firm, but fair, executive, who wielded power both efficiently and judiciously. She was the youngest and first female mayor of our city, and she excelled. It was incredibly sexy.

Over the next few weeks, Bella shifted some of the tasks she’d been doing to me, but she didn’t overload me with responsibilities. She destroyed my credit card and made me ask for permission for any purchase over $25 that wasn’t explicitly in our budget, but she also consulted me heavily on budget decisions. For an upcoming vacation at the time, she chose where we’d be going and gave me two afternoons to decide our itinerary. She’d filled out our plans for the rest of the week.

The biggest change was the energy within the relationship. Bella didn’t put more on my plate than I could handle, but if she put something on my plate, there was no discussion to be had. If she consulted me on something, there was no mistake that she retained final authority. If I did have authority to make a decision, it was because she had explicitly delegated that specific decision to me.

When I brought up the idea of a Femdom relationship, I also mentioned that I wanted to try enforced chastity and a list of S/M kinks. While Bella entertained each item on my wish list, enforced chastity is the only kink activity that she has maintained. This was one of the hardest adjustments that I had to make, but also the most rewarding. Any sexual activity we engage in is on Bella’s schedule, and on her terms. Chastity now serves mostly as a symbolic reinforcement and celebration of that dynamic, both sexually, and in the broader sense of our relationship.

Today, Bella serves as the Executive Director of an organization that advocates for quality education opportunities for disadvantaged youth. She is also an advisor to an organization that teaches women how to run successful political campaigns. I absolutely love that she devotes herself to empowering others, especially other women. While I once viewed serving my country as my life’s purpose, I now view serving Bella as my life’s purpose.

Bella has told me that under our current arrangement, she feels empowered to blaze her own path, personally and professionally, by being liberated from much of the pressures of home life. She views the home, and family time, as a refuge where she can recharge, rather than another area of overwhelming responsibilities. She takes pride in fulfilling roles in the home and the community that her parents told her only her brothers could do, when she was growing up.

For me, I feel like I’m free to be my true self. I’ve earned degrees, military medals, and professional accolades, but nothing makes me feel more manly than my wife calling me her “faithful and obedient servant,” and saying “I’m glad that you belong to me.”

Oh, there I am

On not feeling loved