And that wasn’t even the first, or the last.

I’d gotten to know half a dozen different women since the turn of 2011, and every one had turned out incompatible in some way.

Everyone concerned had gotten their hopes up – everyone had been optimistic. Everyone had thought that maybe, just maybe – this time it’s the right person. And always, there was a problem. I was getting pretty fed up of the whole business.

One woman, although totally sincere, was so dominant she was actually abusive – it was a very intense and strangely addictive experience, but ultimately probably would have been damaging psychologically. She called it off after a single abortive meeting during which everything that could go wrong, did go wrong.

I got talking to a lovely woman from London. We met and dated a few times, but she just didn’t make me feel submissive – I just didn’t respond in that way to her. She was too ‘nice’ to force her personality forward very much, and instead preferred her partner to offer obedience quietly. But I need a stronger approach to make me respond submissively. I had to be honest and tell her how I felt.

And then there was a woman from the East. She seemed fun, and down to earth, and cute. My fear of pain excited her, and she was eager to explore and to teach. She said let’s be exclusive – let’s not talk to any others until we’ve met. I agreed, and kept my word. She didn’t, and when I found out she was courting another man I had to call it off.

We both got hurt.

Through a D/s friendship and the local scene I met up with the poly domme. She seemed to have everything I needed in a partner, except that she didn’t actually want to be my partner. She wanted someone to play with until the right man became available. I don’t even know if she felt hurt, to be honest, and by that time I was getting emotionally numb anyway. But as I’ve said, I knew it wasn’t right for me or for her, and so I had to be honest.

And so once more, I was free.

But it turned out her dominance was all about sex. I’d tried bedroom-only domination, and I already knew it was not enough for a life partnership. And I couldn’t carry on wasting her time after I understood who she was. She was honest, and lovely, and would have been fun – but it would not have been fair to her.

I nearly got involved, but didn’t. I stayed free.

Having given up on the local scene, I was back to looking through internet profiles. Back to that sad depressing trawl through PVC clad women, proclaiming their dominance (and sometimes arrogance) so loudly that I wasn’t sure I believed a word of it. Certainly I didn’t want any part of it.

Being one of a stable was never my thing – you have to be wired for that sort of thing, or too desperate to ignore the pain it causes you. And I guess maybe I’m just too old fashioned.

And then two other, final near misses – a Scottish woman messaged me after reading something I’d written that she thought was interesting. We corresponded – she was funny, and clever – but I got a little smart, a little too soon. Always ready to try a joke, I tried a bit of banter in an early message, and she misunderstood my tone. It wasn’t much of a misunderstanding, but it was enough. I guess dommes can afford to be selective, and it was enough to put her off. In truth it turned out later (she got back in touch) that she already had a play partner. She considered him expendable if she met the right man, and I think she was only really idly ‘fishing’ for a sub anyway.

And then a few days after that I was idly looking at some profiles on Collarme. Most of the women there give the impression that they are looking for a worm rather than a life partner, but there are so few dominant women around that I felt I ought to at least look. And, lo and behold, I came across a profile that looked sane, and lived only about 150 miles away.

But by that time I’d mostly given up sending messages. After a few of your hellos get ignored or don’t work out, you just basically stop bothering. It’s just easier emotionally not to bother carefully writing messages, than to have to deal with that horrible little disappointment and that sinking feeling you get, when you are ignored – as you often are.

Later that evening I logged on again, and I noticed the sane-looking woman had actually bothered to look at my profile. Still, I couldn’t bring myself to start writing messages – I’d had enough of trying, being hurt, and hurting others – at least for time being.

And then, surprise of surprises, she sent me a message, complimenting me on my profile.

I had a message on Collarme! That in itself is an event somewhat rather than the passing of Halley’s comet, and so of course I had to reply immediately, and I even think cheekily.

Luckily she was still logged on and herself replied quickly, after a couple of further messages she sent me an IM request, and we spent half an hour having a rather fun IM chat.

It turned out that she was about to delete her account, and in fact to give up trying to find a life partnership involving D/s interactions. She’d had so many horrific messages from desperate men, liars, cheats or players, or men obsessed by their own fierce lust for physical kink, floggings etc – that she’d about given up on finding anyone compatible.

Saying hi to me was just about her last act on Collarme. She’d never actually messaged a man before on that site, and she explained that something about the way my profile was written – and that we came from the same town – led her to just say hello, on a unique impulse.

We got on famously, and she was quickly curious about whether I was single, as I was about her.
(She explained weeks later that if I had indicated having an involvement with a domme, of any sort – casual or emotional – she would’ve simply bid me good luck and moved on, and we’d never have spoken further.)

But I was free – I’d had to end things with the poly domme ratrher than get involved in a doomed relationship. And then I’d been rejected by the Scottish domme. So I was free, and I explained my situation in total honesty and openness.

Before we finished our chat, she gave me her phone number, and we chatted for a couple of hours the following day. Four days later she travelled to my town, and we spent a few days together. That was enough to convince both of us that this was going to work.

As luck would have it, the Scottish domme got back in touch a few days later, explaining that she had been hasty in ending our conversations, and that she wanted to explore the idea of getting to know each other, and meeting up at some point soon. She was honestly very disappointed when I explained that I had already begun to involved in getting to know someone – but I had to be honest with all concerned.

A day or two later came another message on CM, from an older woman – again monogamous, again sane, again respectful and polite but very dominant. And again, I had to be honest – I had already started to see somebody. She understood, and wished me the best, but also asked me to contact her if things didn’t work out.

I had almost no messages in the 6 months that my CM profile was visible, and then had several in a couple of weeks.

What strikes me really strongly about the whole thing is how unlikely it all was.

If my gf had messaged me even a few days either side of when she did, I’d have already been engaged in developing a relationship, which would have stopped any interest from her immediately. And from me, because I can only ever do that with one person at a time.

If she had not broken her own rule of messaging a man on CM at that precise time, we would never have met.

If something about our IM chat had not spurred her to give me her phone number immediately – which again, she had never done so quickly before – we would never have gotten talking so quickly in the first place, and I would probably have resumed things with the scottish woman, or gone to meet the older woman.

It could only have worked as it did with her messaging me within a span of a few days, and with going exactly at the speed they did.

Now that is what I call coincidence – but what a marvellous, lovely, fantastic coincidence.

That was three months ago, and we haven’t looked back since. We haven’t even considered looking back. We’re so compatible it’s ridiculous, except on the thorny issue of Indian food – but I haven’t given up on that yet.

It would take me far longer to explain how great she is than it already has to explain how and why we were so lucky as to ever meet in the first place, so I’ll save that for another time.

Let’s just say I’m not just a happy guy, but an incredibly lucky and grateful one too. 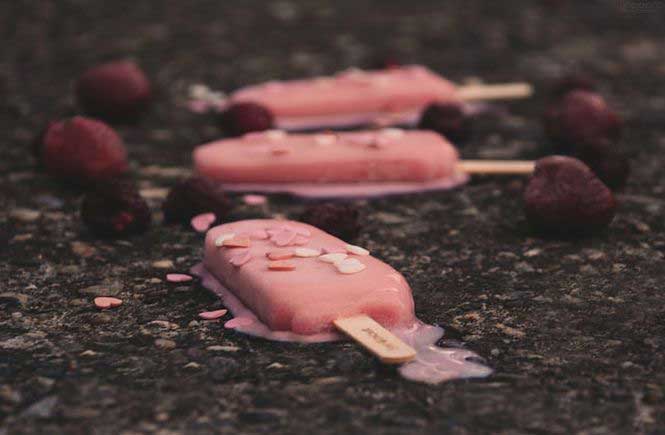