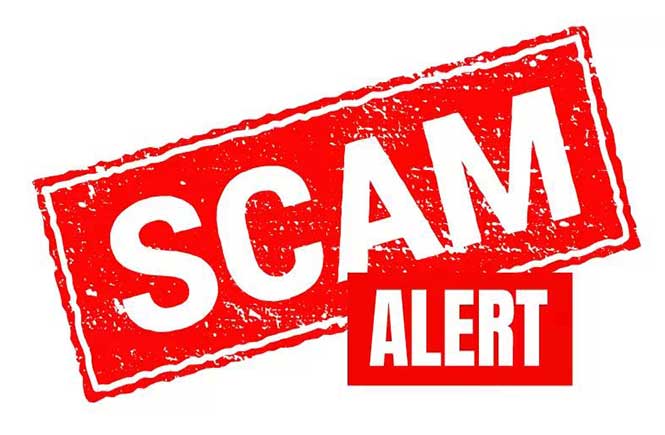 *Note: My older posts have not kept up with the fast pace of technology: As mentioned below, a simple, very useful check used to be to do a reverse image search on their (usually stolen) pictures and I pushed this pretty hard. It’s absolutely still worth doing, but it now only works for the lazy or the not-very-clever scammer: With deep fakes and morphing apps, anyone can create a convincing sexy image of a woman who doesn’t actually exist so nothing will turn up in these searches.

Many scammers have evolved far beyond these ham-fisted attempts we saw a few years back that were all:
‘I’m a very powerful sexy mistress who loves doing [all the common kinks] to my loyal slave. I will control you completely. Message me little slave and I will be the judge if you are worthy my time’*
*actual text from scammers
This blunt approach is usually from accounts with stolen pictures that you’d find all over the internet if you did a reverse image search. They’re ‘old style’ scammers, using sledge hammers to smash their marks over the head. They still exist, because of course they do, and they still work to some extent, but there are also many with much more insidious nuance now.

They’re very much like vanilla romance scams which are frighteningly successful.

In 2018, confidence/romance fraud was the seventh most commonly reported scam to the IC3 based on the number of complaints received, and the second costliest scam in terms of victim loss.
—FBI PSA

So when some super-keen, lovely-seeming Domme who’s been having actual for-real conversations about life and love and being together forever because you’re so special says ‘THIS is how it works, THIS is normal, don’t you love me?’, their marks don’t know any better. When a scammer spends ages investing in this approach (and they will, for a big score), their marks don’t know any better.

‘Dominant women’* on the internet who dangle a relationship in front of you and then ask for money are scammers.

*not dominant or women, probably

The requests for money will often start small and escalate when they have you on the hook.

So how do you spot them? Honestly if they’re good, it can be quite difficult but some things to look out for:

Common reasons a scammer will give for wanting money:

At signs of resistance or suspicion, they may threaten to drop you like a hot rock or actually disappear for a while so that when they come back you won’t ask again. This along with telling you some version of ‘you’re not a true sub’/’I thought you were different from the others’/’I thought we had something real’/’you’ll never find anyone if you behave like this’/’this is how all of these relationships work’/’nobody will want you’/’you’re a fake/flake/liar/loser’ route. If they’ve been talking to you for a while they will know very well how to tap into your inherent fears.

So yeah. Not just ‘a scam’, but a really hurtful and cruel one that can cause real harm.

Don’t give anyone on the internet any money as the cost of entry to a relationship.

Note: I know there are some lifestylers who ask for tribute for their own reasons, but I’m not making exceptions in my strident stance about this because newbies do not have the experience to tell, and the chance that the person asking them for money is NOT a scammer is infinitesimal, so yeah, just don’t.

Edited to add: This series of posts explaining in detail how a (vanilla) romance scammer worked is useful: There was a real person on the other end running the scam, and that person was allegedly recruited by a group for whom this is a business. Even when the victim saw it for what it was, the person on the other end played the ‘yes, it WAS a scam, but I fell in love with you for real!’ line. That is, in many cases, the ‘second wave’ of the scam.