The value of the ‘fuck yeah!’ 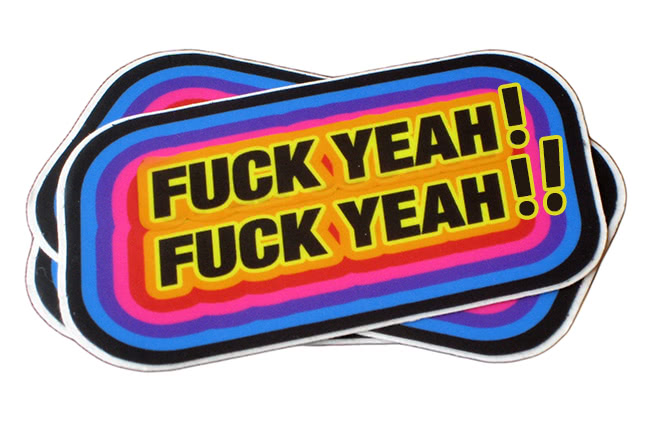 Because there’s no ‘fuck yeah!’ there.

I was the one who made the approach to talk to him at the event, I was the one who asked for his contact details, we exchanged a couple of friendly emails after the fact. I sent the last one, to which he didn’t reply. There’s no ‘fuck yeah!’ there from him. So why would I go after him? Pro-tip: I wouldn’t.

I have complicated feels about ‘chasing’ men.

I realise ‘chasing’ is not a great word when talking about interpersonal relationships, but I still think it fits because most of us understand what that means, and how it looks.

And that point is nebulous and ill-defined. It varies hugely not just for individuals but I’m going to do some wild generalisation and say that it varies hugely between genders in cis-het relationships also (I speak (and generalise!) about cis-het folks because that’s where my experience lies).

A lot of the gender difference is due to socialisation.

‘Men chasing women’ has been normalised: Encouraged and applauded from a very young age. I started off saying ‘maybe not so much now’, but I don’t know. I see the proliferation of ‘Pick Up Artist’ (PUA) books and workshops and the subculture that surrounds it as evidence that it’s not only not changed, but that ‘tricks of the trade’ have been commodified and sold to those who aren’t good at it.

Pushy men who value the chase as some battle-quest don’t care about a ‘fuck yeah!’, they care about winning. The noble and honourable version of the chase is courtship or wooing, but in that also, men are taught to be politely persistent to ‘win over the girl’, and many women enjoy that.

‘Women chasing men’, on the other hand, are often presented as ‘desperate’ or ‘sad’ or some other pejorative, as if having agency and going after what you want is some deep personal flaw. It’s ridiculous. And utterly predictable.

That being as it may, for me, none of it has any point without a ‘fuck yeah!” about the other person. The moment when both parties turn to each other with a big smile and go ‘fuck yeah!’ is the point where you have something worth exploring.

The ‘fuck yeah’ is a strange beast because not only do people get there at different rates (or never), some people will reach for that ‘fuck yeah’ from the other person until they are worn down to a ragged stump and are bleeding out all over the floor. And STILL they will reach for it, believing that if they just persevere, sooner or later they’re going to get there.

It’s the realm of the hopeful and the delusional and it can be excruciating to witness.

The movie “He’s just not that into you“ was terrible in a lot of ways, but the underlying crux of it was spot-on for women who reach and wait for the ‘fuck yeah!’ while making excuses for why they don’t see it.

Nope. There are no secret complicated reasons that you have to decode: He’s just not that into you.

He will probably ‘go along’ if he thinks you’re really nice and if you do all the work because ‘why not’, but the minute you stop doing the running he will drift off. Because ‘going along because you’re nice’ is not a ‘fuck yeah!’ I know you know what I mean: There’s no THERE there.

A lot of what I’ve said there holds a bunch of gender bias and is based on gender norms. It relies on the traditional role of ‘men as chasers’ to make the situation crystal clear (clearly #NotAllMen, don’t @ me about it).

Which is why it often doesn’t work that way when you switch it around.

Traditionally women are used to being chased, so when they chase, it doesn’t play out the same way. I know I’m leaning heavily on these traditional ideas but in the cis-het dating world I *still* see it now. It’s not so old-fashioned that it doesn’t exist anymore, and in my experience just being kinky or into F/m doesn’t at all make someone magically dump these social norms.

For me, there’s this thing where I’m happy to do the first running, but if he doesn’t turn around and smile at me and go ‘fuck yeah!’ pretty damn quick, I’m out. I will initiate, I will invite him in, I will engage, but I won’t chase.

The reasons are complicated.

Men are mostly super flattered to be chased because they aren’t used to it. So unless there’s some actual reason to NOT go along with it, many will go along ‘just to see what happens’. And I don’t mean in the ‘well that’s what dating is’ kind of way. I mean in the ‘not really interested but this attention is pretty cool’ kind of way.

I once asked some random man-I-saw-at-a-shopping-centre out, and I always gave them an ‘out’ when I did this because I’d learnt from experience that offering up a ‘ready-to-go’ excuse made it easier for them to say ‘no’ if they weren’t interested: ‘If you aren’t married, gay, or otherwise spoken for, I’d love to take you out for dinner :)’.

He said yes. We went out. Turns out he was married with kids. I asked him why he said yes. ‘I was curious,’ he said. Live and learn.

I am very aware that most men have zero experience saying ‘no’ to women and they are very reluctant to do it. So they will say ‘yes’ because of ego or embarrassment or shock or curiosity or politeness. There are a ton of reasons that have nothing to do with ‘I’d love to!’

Related, but not quite the same thing: Women have very little practice hearing ‘no’ from a man, so a ‘soft no’ can be taken at face value, so instead of hearing ‘no not interested’, it sounds like ‘yes but not that night/that place/this week’. I’ve made that mistake and now I’m super-sensitive to it.

The first time I asked a man out for real I was in university and he was a super cute and lovely man on the periphery of my social group. He gave me a soft no (‘I’d really like to but I’m busy :)’), so being the literal person I am, I tried again. And again. And THEN I realised on the third go that he was saying ‘not interested’. I was both angry and embarrassed. I learnt an early and valuable lesson.

There’s also the ‘why not’ factor, and if I’m doing the running, the barrier to ‘why not’ is nil. If I’m chasing, all he has to do is ‘go along’, and the impetus to do that pretty much sits a fraction above ‘eh’, and I’m not interested in wasting my time on ‘eh’.

So I’m super careful about the balance upon which the scales tip, because while it seems like it should be easy to see a ‘fuck yeah!’, it’s often not. Because of all of the above reasons. His words might say ‘yes sure!’ but there has to be enough room for him to show it in his actions. If I’m running at him 100 miles per hour and getting all up in his face, he’s got no space to confirm that there’s a ‘fuck yeah!’ under there. In truth, he might not even know if there is when there’s a steamroller running over him.

I don’t ever want to be sitting across from a ‘meh’ who’s there because ‘why not?’.

I want to be leaning into a ‘fuck yeah!’ that hums with mutual curiosity and fascination and interest.

This idea is not new, I first read about it in “Fuck yes” by Mark Manson and it’s been low-key sitting in my head ever since. 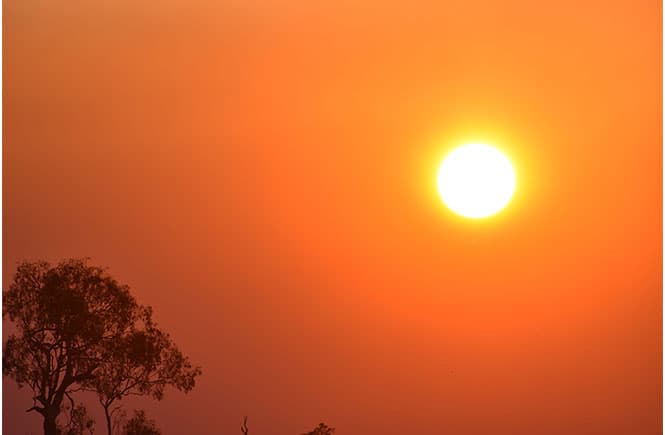