A date with a lovely submissive boy who has been in my inbox on and off for about four years. He’s smart, personable, articulate, and pretty as fuck with a body to die for.

We talked about meeting a few years ago, but when I dug a little deeper, I could see that we weren’t compatible, so we never did. There were a few factors: He’s nearly 20 years younger than me (obviously that’s still true!), he had some very strong (and incompatible) ideas about how D/s relationships ‘should’ be run, and he was still carrying the weight of his last relationship on his shoulders. I didn’t have the appetite to tackle it.

And still every time he popped up in my inbox, we’d have a fun little chat, he’d hint at maybe meeting up, and I’d pretty much ignore it until the next time. This time he cutely pushed a little harder with the hinting, and I picked it up and suggested we get together.

We spent about 4.5 hours together. It was easy, interesting, fun. He still has some ideas that are incompatible with me, but he seemed more open to alternatives now.

And he is prey. He is prey in that way that few boys are. He knows his value, has some cockiness about him, but underneath he is a deer that wants very badly to be caught in the headlights of some truck that is hurtling at him full tilt. He is disappointed each time it fails to happen.

We’d been talking for a long while when I kissed him.

Leaning over, pulling him towards me, exploration there in that bar, just seeing how it felt. He came to me with a kind of surprised shyness, then was all-in. It was good: sweet, promising. And afterwards he was a little dazed and flustered, which I love, softly exclaiming that I was like a man, well not *like* a man, but my approach was more like a man, but not that he felt like a girl, really… Like I said: a little flustered.

We went for a walk in the last hour or so. Beautiful, along the river, the sun just dipping below the horizon. Talking about nothing in particular, my hand on the back of his neck. When we stopped, I let him come to me. He doesn’t like doing that. I know he doesn’t. So I enjoyed even more that he did it. Stepping closer, slowly, his head slightly tilted, then almost waiting to see if his offer would be accepted. Still prey. Even then.

It’s hard to describe how someone is prey. It’s uncalculated, guileless, they signal a kind of innocent vulnerability, emit an unconscious distress signal. In the face of it, I feel aggression, and I love that. Grabbing him by the scruff of his jacket and around the throat, holding tender skin between my teeth, hearing a soft grunt, an exclamation, shoving him around a little, touching muscle under his shirt with cold fingers, using handfuls of flesh to pull him closer, feeling that ache in my belly that makes me bare my teeth and want to snarl. It’s rare.

Sounds promising right? Of course it does.

But… (there has to be a ‘but’…) he’s not looking for a long term relationship. I hadn’t asked about it. He’s been on my radar for so long that I didn’t really ask any of those kinds of pre-meet questions. It’s fair enough: He’s young, wants to explore, play with new people, is planning more travel.

He’s absolutely open to meet up again, but casual is not a thing I do well. Too greedy, too demanding, too possessive. But mostly, it just leaves me feeling bereft: lonely for everything that it isn’t.

I’ve told him that if I want a boy for some casual cuffed-and-collared shoving around, he’s the first on my list. Truth be told, I’m thinking about it. 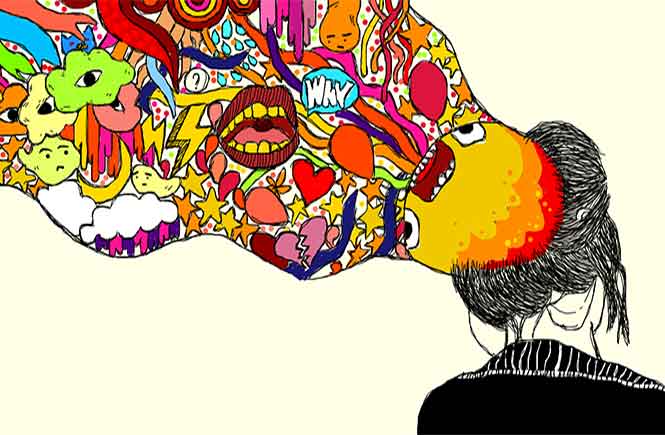 Vanilla man, or no?