I found a copy of my old hand-coded blog from the time my First and I were in our relationship. I wonder if there was a private journal also, but I haven’t taken the time to really look for it. My blog at the time was also BDSM-focussed (oh, what a surprise!), documenting my early explorations and relationships, but the content is frustratingly sporadic and incomplete. My play posts about my First were based on what I wrote there.

My First had access to the blog (indeed, the first time he told me he loved me, he wrote it in my blog), so he was aware of it and I was brutally honest in it, shockingly so, both about myself and about him. Surprisingly, he doesn’t remember the blog at all.

Obviously I wasn’t aware of the betrayal-that-wasn’t at the time, but he tells me it happened relatively early on and when I re-read what I wrote about our relationship, I wonder how it impacted our interactions.

But I’d never had a full-on D/s relationship before. In that, he was my first.

I wrote about struggling with the balance in the D/s relationship. I didn’t want 24/7, but I wasn’t sure what I DID want. I worried that I was too lazy to ‘be a Domme’ (despite knowing better in my head, I still *felt* like I had to be in some kind of Domme-mode more and always).

I recognised at the time that his submission made him reluctant to bring up anything that would displease me and I knew that it hindered our communication, but I didn’t know what to do about it.

We obviously didn’t (couldn’t) communicate about our difficulties (or any other thing), though he read my blog, so he knew what I was thinking. I had not yet learnt not to use my blog as some kind of sideways communication tool, but of course, him knowing what I was thinking was obviously not the same as us talking about it and figuring out what to do.

Past-me could have used someone much wiser and more experienced to sort out the not-actually-very-difficult shit that I was struggling so much with in our relationship. Similarly, he said he was frustrated with past-him: that he’d like to go back in time, slap him, give him a hug, some lessons, and slap him some more until he absorbs it all. 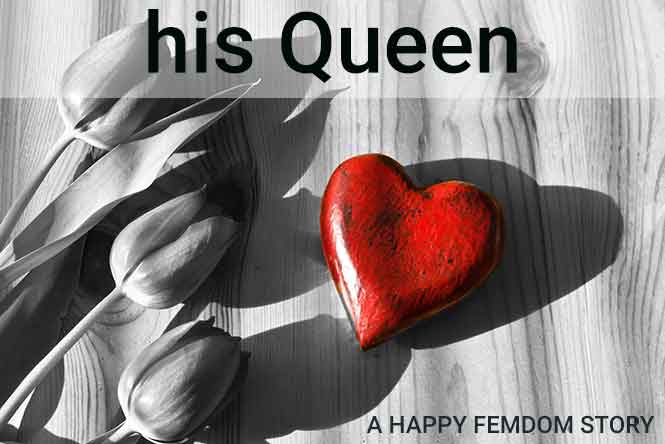