about me/  advice/  advice for Dommes/  QnA

This cracker of a question was asked by someone on my Ask Me page all anonymous-like:

What is the best advice you can give to a new Domme? I’m feeling uncertain about how to blend the vanilla and the D/s in a new relationship.

It’s tough not only to be figuring out yourself and your needs but learning someone else’s, too! And yet difficult to separate the two.

It can be really tough, yes!!

I have a few posts that I have categorised as ‘Advice for Dommes‘, so please take a look at those for random snippets. This one entitled “You iz doin’ it wrong” is specifically about the expectations put on female dominants, and the bottom line there is “just be you!”, so you might find it useful.

Back to your specific “how to blend the vanilla and the D/s in a new relationship” question though.

Obviously I have no idea as to the nature of your relationship, so I’m going to assume that you are in a romantic relationship with your submissive and you are struggling with ‘being the dominant’ and ‘being the girlfriend’.

It’s really common for dominants to struggle with this, so rest assured that you aren’t alone.

I’m going to separate “play vs vanilla’ from ‘dominance vs vanilla’ because I think they are two quite separate topics.

I’m defining this as having some problems reconciling ‘being mean’ in play and then ‘being lovely’ as the girlfriend.

If your play is about ‘being mean’, perhaps in tone (“here, bitch!”), or in acts (sadism), or in how you treat him (humiliation), then it’s presumably quite a departure from you as ‘loving, giving girlfriend’. The difference can be quite jarring, and it can be difficult to manage it if you aren’t used to it, both for internal reasons (‘ugh, I feel bad about it’) and external reasons (‘I don’t know how to be both’).

The ‘feeling bad about it’ is often about guilt that you have behaved that way with him, and I think there are two ways to combat this:

One is to work at re-framing how you are looking at it from ‘being mean’ to ‘giving him what he wants’. The first is just… well… mean, and the second is an expression of love. And it *is* an expression of love, caring, desire, passion, intimacy… all of those good things. It’s just that your head doesn’t quite know it or accept it yet. It takes some work because of course that’s not how we’re taught love looks, but when you see whatever you do in play as expressions of love, it totally changes things.

The second is to talk to your boy about it and enlist his help. Make sure that he gives you lots of reassurance that he enjoyed it, that not only aren’t you a bad person but that you are awesome for giving him that, that it was wonderful for him, that he is grateful that you did that for him, and that he receives all of it as an expression of love.

With the ‘I don’t know how to be both’, I think this issue is actually easier to resolve because if it helps, you can make a distinct line between ‘play’ and ‘not play’ so that you can draw a line underneath ‘mean you’ in play and ‘nice you’ outside of play. The simplest way to do that is to introduce a ritual that signals the start and end of play.

For example, you are the loving girlfriend right up to the point where you tell him to kneel and you put his collar on him (or perform some other ritual, or say a certain phrase, you get to choose what works for you both). From that point until the collar comes off, you are ‘the Domme’. You play madly and unleash hell on him and when you are done, you have him kneel again to take the collar off, and then you both curl up and cuddle and kiss and be super sweet.

By this, I mean asserting authority *outside of the bedroom* and balancing that with normal vanilla sweetness.

The two are not at all mutually exclusive. You have agreed to a D/s dynamic, your boundaries are clear, he has given you the authority to make decisions or choices, so all the foundations are in place. Here’s the thing: Asserting authority doesn’t mean ‘being a bitch’ or ‘shouting’ or ‘being mean’.

How does it look for me?

Us sitting on the couch:
Me: “Go and get me a glass of wine, baby.”
Him: “Yes Ma’am.”
Me: “Come here and give me a kiss first…”
Him: *beams, offers his mouth*
*kissing and more kissing, then he goes to get the the wine*

I think a lot of women struggle with asserting themselves (even nicely) because they feel selfish or demandy instead of ‘nice’ and ‘accommodating’ like they were taught. If you feel that (and if it extends to ‘Oh hell, he’ll never put up with this behaviour!’), you are in good company. It’s really common and I think that unlearning that lifetime of conditioning can be really hard.

I’d again reiterate the two things I said above about viewing things differently and enlisting his support.

If you find yourself feeling like you are being unfair/demandy in a bad way, try to consciously make a mental shift in how you frame it. In my head, when I ask something of my submissive, I’m saying “Come closer”, and when he does something for me, he’s saying “This, sweetheart, is for you”. It’s an exchange that signals sweetness and connection.

Also, ask your submissive to show his appreciation when you assert yourself with him, to reassure you that he enjoys it, welcomes it, wants more of the same. You can make a ritual out of it if it helps (for example, every time you ask something of him, he could say ‘thank you’).

As you gain more experience, you will figure out what fits best and what works for you both, and the blending will probably become more natural as you become more comfortable both with yourself and with him. In the meantime, I hope you find something in this lot that helps.

Want to ask me a question? Hop on over to my Ask Me page! 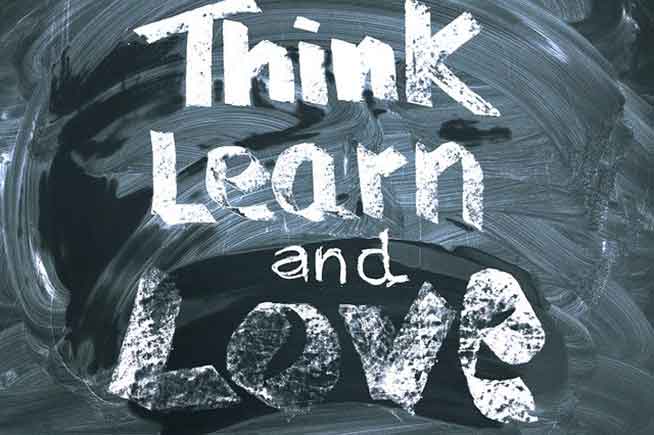