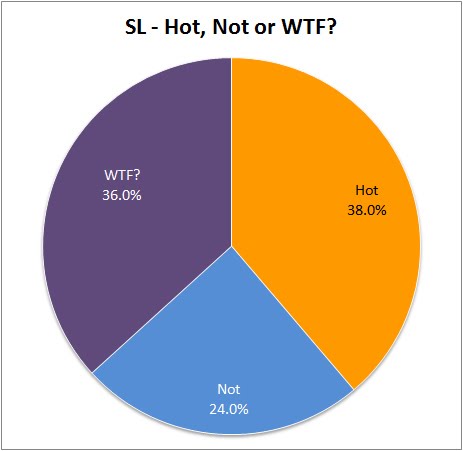 I actually expected many more votes for ‘Not’ (shows what I know!). Thank you to all who participated and particularly for your comments.

For those of you who have never heard of this Second Life (SL) thing, it is a virtual world made up of themed areas and special interest groups where like minded people gather to chat, build relationships, make connections. It is used in the mainstream for education and many real life commercial interests have a presence there. Like a lot of these technologies, though, I’d wager it’s primarily used for sex.

This stuff is big business, SL has it’s own economy worth some $567 million US dollars coming from about 769,000 unique users per month. It has a currency (the Linden) and a currency exchange where you can buy them. People pay real money for imaginary things (ok, well you are paying for graphics, and scripts, and server space etc, but still!).

Every kind of subculture can be found there, doesn’t really matter what you are interested in. Want to race motorbikes? Go buy one (yes, really) and join the group who races them. Are you a furry? Don your human-animal furry avatar and go growl with your friends. Want to have a baby (oh yes, I’m going there), you can make your female avatar look appropriately pregnant and then you can buy a little baby avatar to love and cherish…!!! Want to be the opposite gender, different species, a child, a robot, a fuzzy toy? Huzzah!

I want to set a bit of context for the survey question. I heard about SL a few years ago when there was an article about a woman who became a millionaire by selling property in this virtual world. It blew my mind, so I did a bit of research to figure out what on earth it was. As a concept, it was fascinating to me, but I was not really interested in joining it (a quick try, a slow computer, and I was done).

However, I recently discovered that a man who I respect as a dominant, who is married to his slave, who has a wonderful relationship and who is madly in love with his wife, also has a slave in Second life… WTF??! Surely it’s primarily an option for people who don’t have any way to get D/s in Real Life (TM)? The married, the shy, the isolated, the socially inept, the fantasists etc etc…? Why would you go there if you had it in real life?

So, with my curiosity piqued, time on my hands and my lovely shiny new laptop (which I have dubbed ‘Simon’), I logged on about two weeks ago, created a virtual version of me (she is better looking, but not as funny or smart) and went exploring the femdommery to be found in SL.

Let me introduce you to virtual Ferns first (and yes, her name is Ferns, and yes I really do look exactly like this in Real Life (TM), truly!).

ETA (26 Jan 2013): I came back to this post to replace the single avatar picture with ones showing the evolution of my avatar from the day I started in SL to the day I stopped (about 12 months). Fun!

And this is how Ferns sometimes dresses for day and evening activities (I know, darling, isn’t she fabulous?):

And this is the house Ferns shares with the lovely Australian submissive boy who has adopted her as his housemate (wow, right?!): 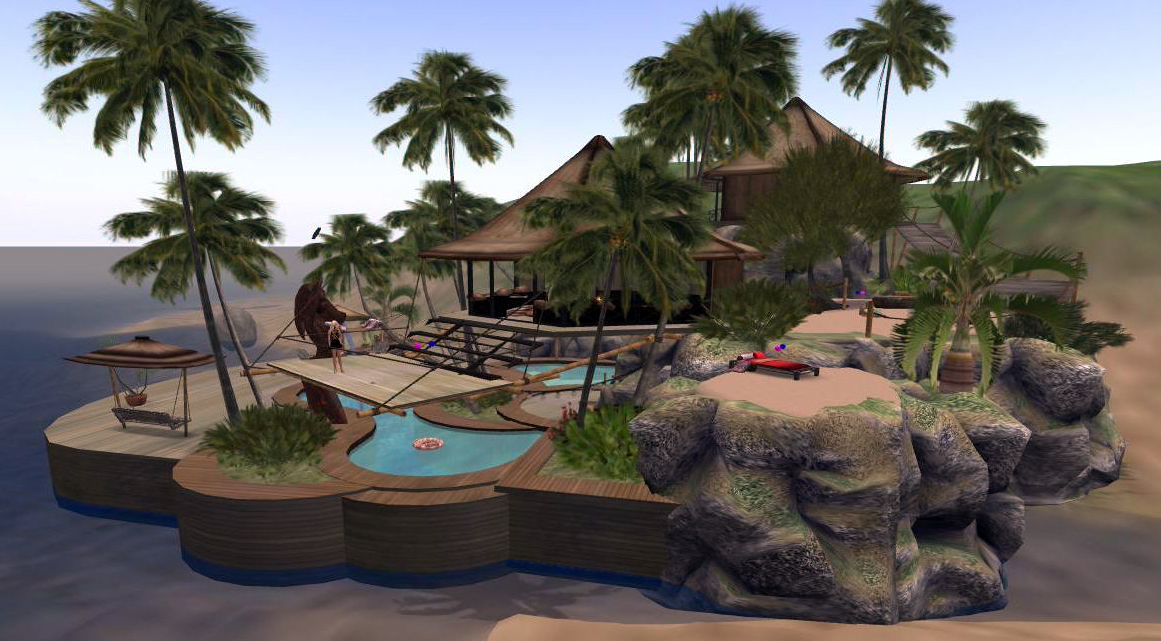 The role of erotica