I knew of a couple of femdom areas in SL and went there to have a look around, chat to people, see what’s what. I haven’t been in a chat room for many many years, and SL is like series of chat rooms on steroids. The basics are the same, a bunch of people in a space talking, but it is accompanied by visuals. The chat room has a graphic representation, perhaps outside in a garden, with comfy couches and chairs, and people get to present themselves not only in text, but as avatars, as their ‘best selves’, their inner selves, their true, fantasy selves. 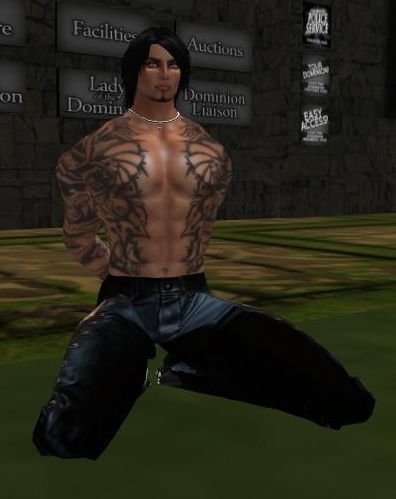 The people I have chatted to have been incredibly friendly, patient, helpful… all of them were simply lovely to me. It is a very welcoming space. Now of course there are cliques, but they are not exclusionary, just groups of people who know each other well, as happens in any environment.

The submissive men were almost unfailingly lovely and polite. For those women who are used to finding submissives online and dealing with wankers (me me me!!!), apparently most wankers can’t be bothered with SL. The closest I got was a boy who threw this into what I thought was a perfectly normal private conversation:

:: hearing the nudgingin[sic] your voice, i try to stay still wven[sic] though i can feel my meat, hardening, thickening, lenghtening[sic], trapped in my jeans::

When I told him that I really could not be less interested in the state of his ‘meat’, he apologised sincerely and moved on. I did check around in case accepting IM requests was some sort of code for ‘type me some cyber sex, baby’, but apparently it’s not, so it wasn’t me.

I saw a lot of what I expected to see… stereotypical femdom-porn behaviour from both women and men, many married people playing online, many fantasy role players, velcro collars left right and centre, multiple levels of protection and consideration and trial periods and all that, sub collecting (many if not most Dommes having multiple subs (the more you have the more dommely you are?)), lots of women taking themselves and their dommeliness very seriously, lots of men desperate to belong to someone, anyone, now now now.

Now, all of that reinforced what I expected to see, really. In short, in those ways, it is pretty similar to online silliness anywhere… you have to sort the wheat from the chaff.

On the other side, I spoke to a lot of smart, funny, interesting, genuine people who are exploring D/s in a safe environment, who are having fun, who are living out their fantasies in this world. They form real connections with people, they have in-world relationships that mean something to them, they explore their own minds, they play happily and consensually with each other. Most of them are not interested in taking it further into a real world relationship. That’s not what the medium is for.

On the whole, it’s no different from any other online community, except that the visuals, and the breadth of the ‘world’ make it a much more compelling interactive experience and it is easy (too easy!) to get caught up in it as a substitute for a much less interesting first life.

I know, it was a pretty boring post right? I thought it would be much more interesting than that, but I just couldn’t work up a lather about it like I thought I would!

As for me personally in SL, oh my… I am crushing on some really funny, bright, interesting boys who are, of course, no-where near me. I think that is simply selfishness on their part and they should address it immediately. 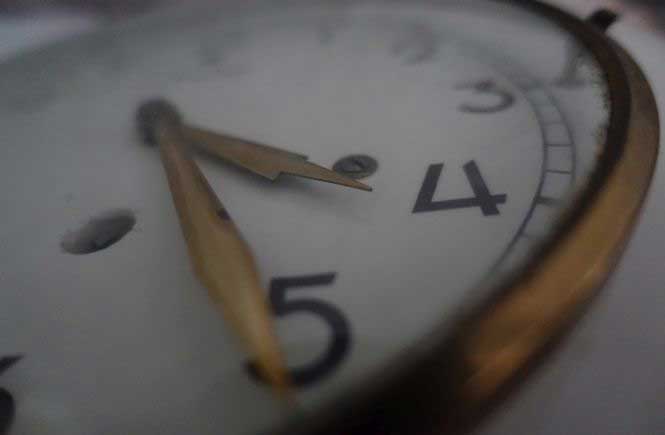 'Old clock close up' by Illymarry 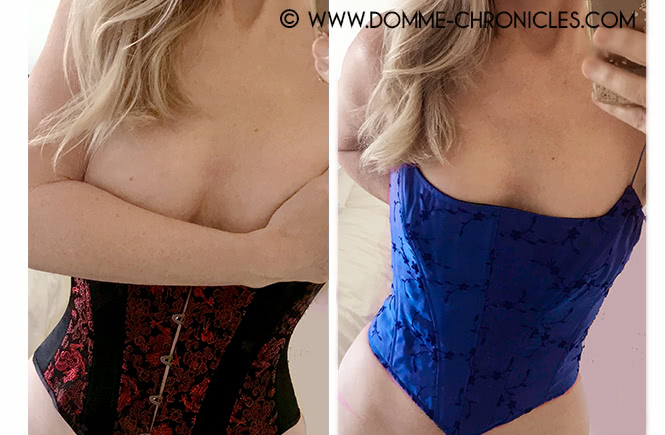 © 'Corsets' by & of Ferns, Domme Chronicles