I did have fun with this!!

I will do it in a few parts. The responses with comments are, of course, the most interesting, but also the most difficult to do a show and tell with. This first look at the survey will be the easy ones, and oh look! Graphs! Whheeeee!!!

Click the graphs to get a better look at them.

** Thank you to the kind folks who provided some help with the image quality problem, particularly Étienne who spent some time with me to investigate. Look how pretty they are!

Of the 2% who chose other than male or female, respondents identified as queer or transmen. 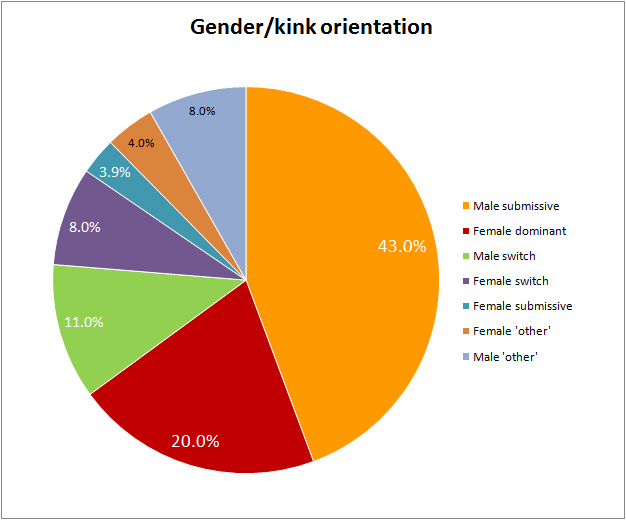 Of the male switches:

Of the 8% of female switches

One of you is a dominant male!!! Yay you! 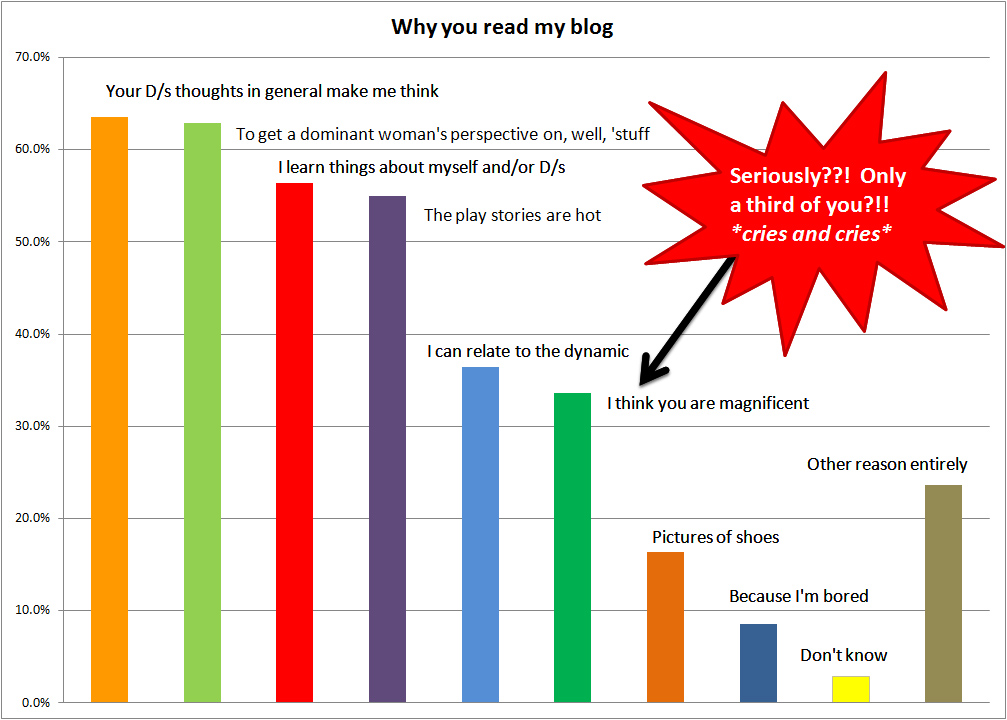 I loved the responses to this question, I found it really fascinating. There was a pretty close race between the top four reasons, which I also loved (that there was more than one clear answer as to why people read).

I had a peek at submissive men’s answers, thinking the play would be at the top, but no! The top response of 70% was that you wanted to get a dominant woman’s perspective on things – see how much I was stereotyping you? Shame on me!

83% of dominant women read because my thoughts on D/s in general make them think, *then* came the 69% *childish titter* who think the play stories are hot (I think so too, and I am so happy when women can relate!).

About 24% of you ticked the ‘other’ box and added comments, which were lovely and I will share them in another post.

Now, having said all of that, the above stats are clearly just wrong… only a third of you think I am magnificent? I mean, really, that beggars belief! I know you folks are all smart and perceptive, so there was obviously a glitch in the survey somewhere!