I am somehow obsessed with advice for newbies at the moment… I am not sure why… perhaps because I communicate with quite a few of them and I want them to have good experiences, to be successful, to find their bliss (yes, I know, that was too corny to be believed! Deal with it!).

Things I recommend to newbies are not necessarily things that I do myself. Yes, I am a hypocrite…

(I haven’t been to a munch in over 15 years, I am not part of any community, I don’t know anybody!)

(I do this, have done it, will probably do it again)

Why would you recommend munches when you don’t go to them yourself, Ferns? Wow, you *are* a hypocrite…

I’m really glad you asked that (and shut up, there is no need for that, I already confessed it!)…

There are two main reasons I recommend munches to newbies:

A munch is the simplest, quickest way to meet BDSMers in a safe environment and get grounded in reality. Meet John and Fay, the married couple who look like your parents and talk about how to cook a roast on Sundays. James, the rope top who likes snowboarding and WoW. Kate, the dominant, who works in IT and gets excited about the new episodes of Star Trek (ok, I have no idea if there are any new episodes of Star Trek, I suspect not, and thus, my lack of cool geekdom is exposed…).

There is no risk involved, there is no need to impress anyone, they just get to come out into the real world, meet ‘normal’ people, let go of the fear and mystery, and move past the fantasies that Dommes are uber sexpots who exude an aura of power over all minions lucky enough to be in their presence, and the image of submissives as cowed simpering boys waiting with their eyes downcast in the corner.

Well… ok… let’s say I accept that, Ferns… let’s move on to the safety measures… Why do you recommend them and then don’t do them yourself? Hmmm?

I see both men and women let their common sense and their sense of self preservation be overruled by hopeful excitement. They say things like:

“I’m really excited to be meeting *superfabulous potential hottie* this weekend for the first time, but s/he said *scary frigging idiotic things that set off big flashing alarm bells*. Should I be worried/do that dumb thing/wait naked in a hotel room/bring that chainsaw like they told me to?”

Now for all the folks that are asking that question in public, you *know* that there are 50 more who will not ask. They will dampen down the feeling of unease, they will turn off the blaring alarm, they will get dressed in their finest and off they go to meet creepyinternetweirdo. Nine times out of ten, the worst that happens is that the person they are meeting will just be creepy, behave inappropriately, the meeting is uncomfortable, and our hero will get out of there as quickly as possible. The tenth time, though, they may find themselves tied up and taken past their limits, be beaten and robbed, or wake up in a bath of ice with a scar in their side.

I’m exaggerating in all of this of course… normally it is much more subtle, the red flags are more like pale pink and distant, they are much harder to see and it is actually much more likely that a bad outcome will be some really horrible play that is scary or completely unenjoyable and a big mistake. However it doesn’t change the fact that many put aside their niggling concerns in favour of optimistic possibility. Having safety measures in place that are immovable and solid are sensible to protect people from making rash decisions and to warn internet creeps that someone knows who they are and where they are.

All this is rather patronising, right? I know.

But you haven’t explained in all of this why *you* don’t do all of those things that you recommend others do, Ferns…

I have a system that works for me – it involves time and instincts. Not foolproof, but I have never had an experience where I have felt uneasy in any way, I have never had anyone flake on me, and I have met good men who, at worst, were not a match for me.

I am in no rush, ever, to meet someone. I have found all of my boys through the internet, or through advertisements, and I take as long as I need to feel comfortable before I will offer to meet them. I have good instincts, but really it is just time spent talking. Creepyinternetweirdos find it difficult to hold up their end of an extended communication, they slip up and start to twitch and shout expletives in the middle of correspondences, they can’t help it.

Mostly, by the time I offer to meet a boy, I will know him pretty well, he will have proven himself to be reliable, he will have shown that he will do what he says he is going to, he will have consistently behaved in a respectful and reasonable manner, I will know that he is a good and interesting person, I know that when we meet, I will genuinely like and enjoy him, even if it ultimately goes nowhere.

If he isn’t willing to hang around and talk to me, if it’s a chore, if it’s dull, if he is impatient… any of that, then he will fall by the wayside, and in that, time is a useful screening tool.

Shut up, nobody asked you! 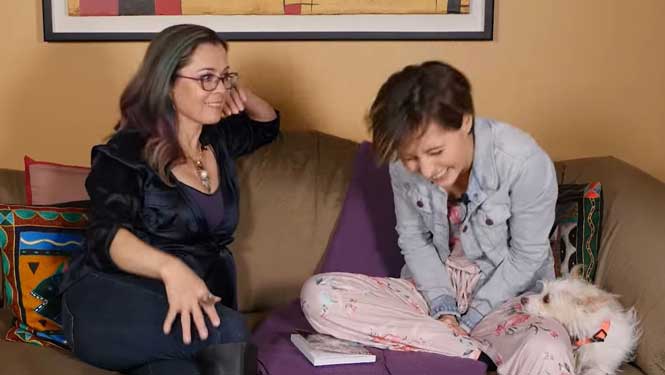 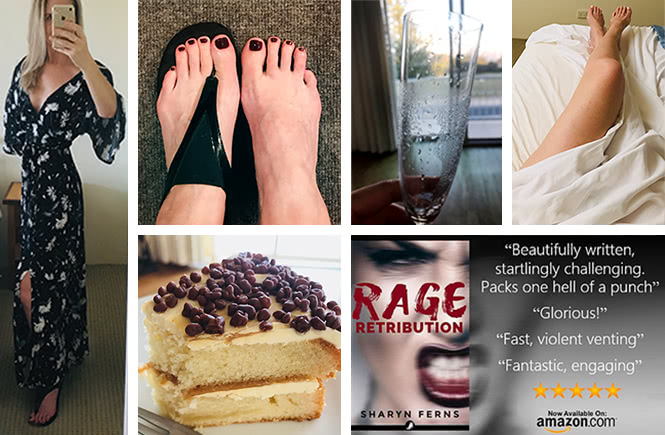