I want to bring it! 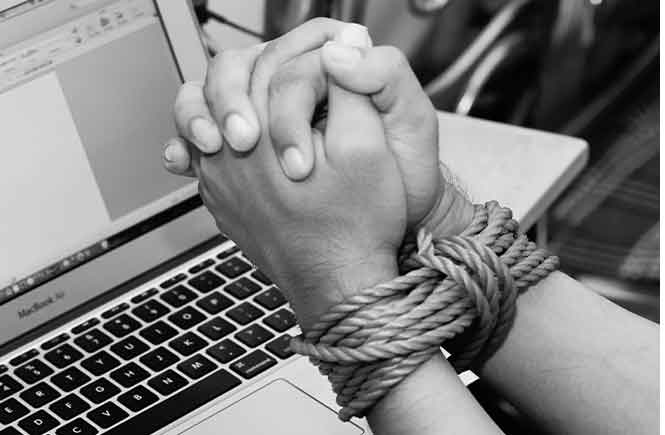 'Freedom of writing' by Jakirseu

One of my past submissives was a professional writer, a poet, he had a beautiful way with words that I adored. His mind was a messy complexity of wild imagination, odd and loud, and full of pretty things, and he offered it up unfettered to me, revelling in my enjoyment of it. We would play with each other in that way, throwing words in each other’s faces, conjuring up a strange magic that would floor me every time.

I once pointed him to some writing that I liked.

He curled his nose a little, sniffed at it.

“It’s okay I suppose,” he said. “If you like that sort of pedestrian thing…”

He brought my attention to some of the things he didn’t like about it.

I pushed back gently, I wanted him to see what I saw in it.

It was a light discussion, but he was getting increasingly agitated by it. I noticed, but couldn’t quite see why.

Finally he admitted that the writing was fine, even good.

“I just didn’t like it that you were reading some other boy’s writing and liking it. I want to bring it! If I can’t bring that then I can’t bring anything! Poor me. So forgive me please my earlier dismissal.”

He offered up to me every word he wrote, past and present. It was all for me.

“Even before I met you, I was writing for you,” he said.

He was wrong, of course. Not just about about ‘writing for me’ as it turned out, but about not bringing anything to me if not his words. But it was in the early days for us, when we were all about emails, which were prolific and full of creativity and wonder, so he was, essentially, words on a page for me at that stage.

I back-tracked. “No, no… did I imply that I liked it? No, not at all. It’s average, at best, irritating at worst. Hopeless really.”

We were able to laugh about it then, him secure in the knowledge that, actually, I hated all writing I’d ever read, except for his :P.

Now I have some poets that I follow on social media, whose work I love, that I reblog sometimes, and every time I do, I have a flashback to his reaction, feel a tiny shadow-remnant of his vulnerability, am reminded of how much he would have hated it, and them.

I probably shouldn’t think it was sweet, but I did, I still do.