The cutie pie and the sex toy: Part 1 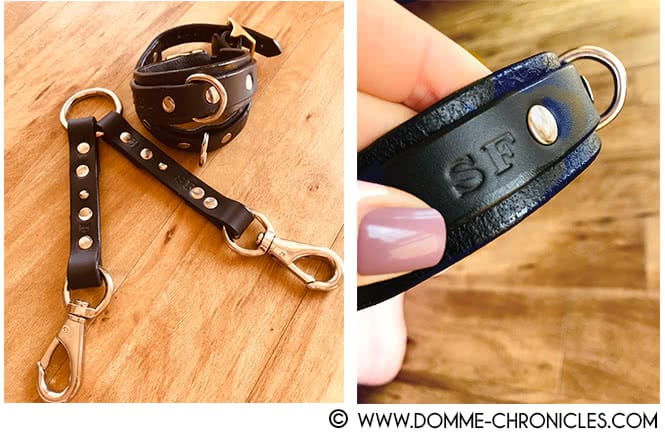 © Monogrammed ankle cuffs made for me by the cutie pie <3

I wrote about the sex toy testing with the Hot Octopuss Pulse Duo, but I didn’t write about the date. They aren’t the same thing.

Let me start by saying that I was right about the cutie pie: He is really sweet, solicitous and genuine. He laid his excitement about our date at my feet over and over, and that, coupled with his sincere desire to make sure he was being pleasing to me, was just lovely.

I’d invited him over for the sex toy testing on a Saturday morning. I’d explained what was in scope and in his eagerness, he’d offered much more than I’d planned. It was clear he was comfortable and trusted me to look after him.

I kissed him hello at the door, gentle and exploratory, perhaps my favourite kind of kisses, though I have so many favourites. I’ve only met him once, if you recall, and I wanted to make that quick connection in our hello. I’d forgotten how pretty he is, he has the face of someone much younger, lush lips, his expression perpetually curious and open. He was surprised by the kissing, he softened under it, making those small sounds of pleasure that I remembered.

Greetings done, we put away the snacks I’d asked him to bring.

“You saved me from having a glass of champagne on my own,” I said, gesturing at the unopened bottle on the counter. He lives some two hours away, was unavoidably late, had messaged me on his way to let me know, as considerate men do.

“You can open that for me.”

He touched the bottle, seemed a little confused. “I’ve never opened one,” he said.

I may have laughed, shocked. He wasn’t kidding. I opened it myself, letting the air hiss out of the bottle with care. He poured me a glass. None for him. I offered lemonade or water, he declined.

He had brought me gifts. We’d not spoken that much pre-date, but we had been talking about his leather work and I’d mentioned that I didn’t have any ankle cuffs. He offered to make some for me. These offers from submissive men are plentiful and often meaningless. I didn’t have the full measure of him yet, so even though I’d told him I’d love that, my expectations were low.

I was delighted to find that he had created something beautiful for me: Hand-made ankle cuffs and a strap for them, each monogrammed with my initials, as you can see in the photo above *swoon*. Above and beyond.

I bid him sit on the couch beside me, let him take the Pulse Duo out of the box to get a good look at it. My fingers petted the back of his neck, settling into a firm massage, watching him sink under it, eyes glazing over, head bowing, small sounds escaping his lips.

“We’re going to do two tests for this toy. Do you want to hear my plans for the first one?”

He nodded, and I leant close to his ear and whispered quietly to him about how it would go, how I would undress him, how he would kneel for me, how I would watch while he tried the toy on his cock, no lube, no motion, just letting it run against his cock. He pressed in closer to me as I spoke quietly in his ear, leaning his head further and further towards my lips. I grabbed his thick dark hair and forced his head back, he pulled against my grip towards me, I could feel the pleasure in the resistance against my fist in his hair as I continued whispering in his ear.

I had him stand so I could undress him, readjusting the curtains left open to the street below and the park across the road so he would be comfortable. He wore the black boxer briefs I had asked for, flashes of hot pink in the waistband contrasting with the rest of his clothes.

He asked, more than once during our time together, if it was okay to touch me, since I had clarified in our terms that it wasn’t on the table. Checking in, not wanting to overstep. I could see the kind of touch he meant, different from what I intended with that rule.

“It’s fine,” I nodded each time, and he reached tentatively to stroke my arm, a hand on my hip, an arm circling my waist to pull me closer, gentle, restrained, careful with the privilege.

We’d been kissing some more by the time he knelt naked in front of me by the couch. It had been slow and gentle interspersed with lots of logistical chit chat: Where he was going to kneel, which way to face, how to place the microphone, how the buttons on the toy worked. I got some ice to make him soft (and because ‘fun’). And then we began.

I asked him lots of questions as he manoeuvred the toy into place and held it against his cock for this first test. He knelt up close by me on the floor, hardened quickly and stayed hard the entire time. He was not allowed to move the toy, and there was no lube. I wanted to see what would happen. He obeyed completely.

The toy buzzed in the background while I assailed him with matter-of-fact interrogations about how it felt, what was happening, how this setting worked vs the other. I did not touch him. It wasn’t clinical exactly, but it was… removed, and very enjoyable in its own particular way. I almost felt like I should have had a white coat and a clipboard.

It was clear after not too long that without moving the toy (verboten for test 1), we had seen the full gamut of what it could do for him. I had initially assumed that he would come from this and had told him I wanted two orgasms out of him for the toy review, one for each of the tests. But we realised that the stimulation he was getting from this was not going to make him come, so I had him stop.

We took a short break after the first test. It wasn’t really required but we sat out on the deck, him re-dressed in his boxers and t-shirt. I had him sit close to me so that I could touch him, stay connected, hold hands. We had a drink and a general chat. Regrouping before the second test.

The second test involved wrist and ankle cuffs, ropes around the bed, a blindfold, audio recording, and me in control of the toy.

Disclosure: This post contains affiliate links so if you click-through and buy something, I’ll get a small commision. 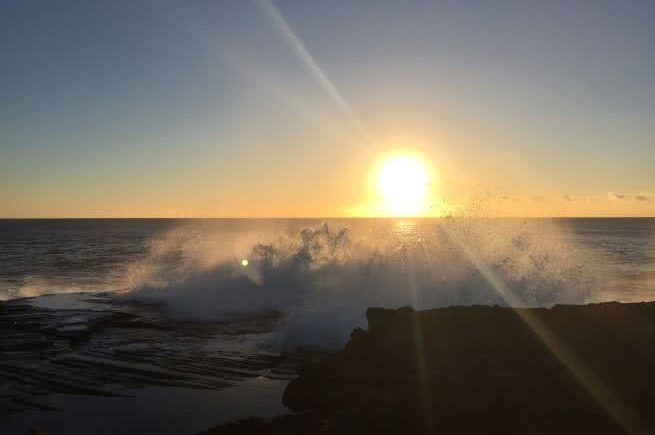 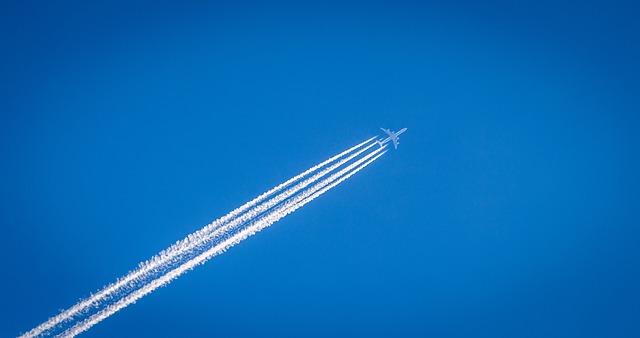