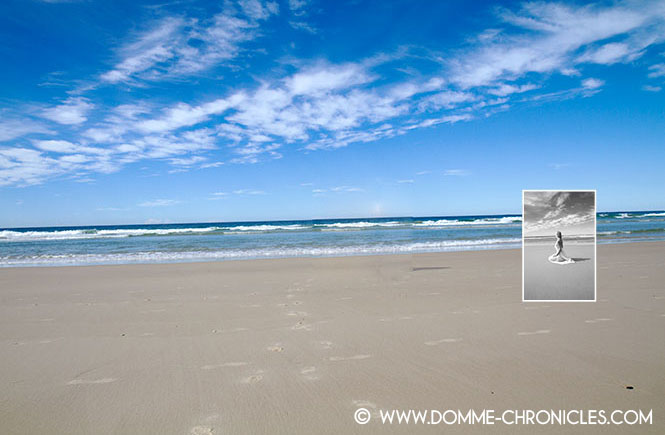 There are multiple reasons why I’m shit at casual. It’s not just one thing, but they all end up in the same shitpile.

I’m going to reiterate up-front that my inability to do casual is not the cougarling’s fault: He was, if anything, on the wrong side of my failed experiment, and that failure sits on my side.

The main issue is that I can’t work up passion for someone I’m not all that interested in.

With the cougarling, we got something going to a point in his previous visits because I was ‘doing the work’: I was doing emotional, social, intellectual work to try and explore if there was relationship potential there. I threw a lot of effort at it to see what I could draw out. That’s my A-game, to point my intensity at someone and probe around to see what’s there.

I’m not willing, or even able, to do that for casual because I already know there’s nothing under the surface. It’s pointless.

So for this visit, I knew already that there was nothing more to it, so I wasn’t bringing anything close to my A-game. But I thought I could cycle up enough for it to fire up on some other level, and he would bring the rest, and it would even out at about 75% or thereabouts and it would still be pretty fucking good.

But what happens in reality is that if I’m not aiming my emotional, sexual, or D/s energy at him (which he has seen, experienced, and quite reasonably expects is ‘how I am’), and he gets some lacklustre me-lite, his energy and interest drop in response. Then I react to that, and so it goes.

I truly envy people who can grab a bunch of ‘raawwrrr’ sexual energy for casual partners who they aren’t invested in. I thought I could bring some at least and I managed a touch. But I just… can’t keep it up (which as a sexual metaphor is entirely apt). Because I genuinely don’t care, I feel nothing.

The other thing is that I’m bad at peopling. Truly. I don’t enjoy it, it’s not fun for me. In and of itself, it’s work. Max-introvert here. So I meet submissive men only if I think there is genuine potential, and then I ‘bring it’ because I’m hopeful and curious and interested. I was trying to break out of that thinking somewhat, but when they clearly don’t have potential, the tenor of our interaction changes from ‘exploring potential’ to ‘generic peopling’ and I struggle a lot with that.

A lot of the ‘meh’ is related to that difference.

On top of that, if we aren’t compatible, the things that make us incompatible pop up over and over and I find them irritating.

I don’t have the patience or interest to be kind and understanding, to temper my irritation, to work through it. Again, that’s work, and putting work into something that has no legs is not a thing for me. So I have less tolerance, I will not let things slip by, I will poke at them, and that leads to not-very-pleasant exchanges. And by ‘not-very-pleasant’, I don’t mean angry or upset. I just mean having those misfire/disagreement/’eh?’ type conversations that create, and then widen, those feelings of disconnection and isolation.

So, the lesson: IF I want to do casual anything ever again (big ‘if’), it has to be someone local so I can do short sharp carve-outs of time where there is no talking and we part ways after a few hours. If he’s super cute and can be D/s-engaging for a few hours, I think that might be something I can do.

But then, the chances of finding that locally are tiny, so it’s more a hypothetical ‘LOL’ than a theory to be tested.