Reader Q&A: How to explain that he wants to be ‘used’

I really want to do a bunch of ‘How to’ posts to cover ‘hints and tips for newbies’ because I see these kinds of questions all the time from both potential submissives and from potential dominants. They’re great questions that many people struggle with in one way or another.

Hello. when answering questions you often say to new Dom’s not take the airy fairy stuff like ‘I want to fulfil all your fantasies’ and ask their partners for more details. But what if a sub really gets turned on by the idea of being used instead of any particular acts. How does he explain himself then?

This is such a good question.

There are a lot of people who are trying to navigate kink with their vanilla partners or newbies, and it’s NOT easy. There is no ‘right way’ to approach it. There is really only ‘what works and what doesn’t’ and that’s so very individual that it’s hard to generalise. But having seen a LOT of angst from both the partner who wants to raise it and the partner to whom it’s been raised, I have a pretty good idea by now of what *won’t* work for most people.

And the very first thing that is pretty much guaranteed NOT to work is *not communicating expectations*.

I DO understand that submissive desire to ‘fulfil fantasies’ or to ‘be used’ or even to ‘be dominated’ in a general sense but even as an experienced dominant, my first question of someone who says that is ‘what do you mean by that?’ Because honestly, it could mean ANYTHING.

I know that there are submissives whose primary objective is to do what makes their dominant happy, but you know what? For that desire to be fulfilling, the level of compatibility between them and their partner has to be high (and in that I don’t mean ‘she has to like the things he likes’, I mean ‘she has to be dominant in a way that makes him feel fulfilled’). There are some submissives whose submission is genuinely driven by making their partner happy, and when they are compatible, this works a treat. A lot of people don’t believe this can be true: I know it is, BUT until you know each other really well to establish that you have that compatibility, it’s a nonsense.

The majority of men who say ‘I want to be used’ or ‘I want to fulfil your fantasies’ DO NOT for one second mean that literally. The idea of it comes with a bunch of assumptions about what that looks like: how they don’t realise this is baffling to me.

When a new dominant hears ‘I want to be used’, her first instinct is to think “I have no idea what you mean by that”. An experienced dominant will think the same, but will have the confidence to SAY SO OUT LOUD. A new dominant (or a vanilla woman) who is approached with this will probably be confused and rightly so. She is essentially being told “I want something and I’m not going to tell you what it is, so off you go…” THIS IS THE OPPOSITE OF A POWERFUL POSITION FOR HER.

Let’s say that she then very sensibly sits down and works out what it is she actually wants from him. This is really hard to do because this is new for her, she has no frame of reference, no information, no sense of ‘what it means’ and in the forefront of her mind is the question *how do I please him?* because after all, he ASKED for this and no matter how you look at it, she’s doing it for him. So she’s in a headspace of thinking “he has asked me for something and I am trying to give him that, even though I have no idea what ‘that’ is.” Ugh.

What is likely to happen, and what I have seen happening over and over again, is that she will then try to do something with that without any further information from him. She will take some tentative steps to enact what she is guessing he will like, and in her mind will be this fear that she is getting it wrong, that he won’t like it, that she doesn’t understand, that he won’t like HER any more… all of that. Again, THIS IS THE OPPOSITE OF A POWERFUL POSITION FOR HER.

And you know what happens in the majority of these scenarios? Her tentative floundering *doesn’t work for him*. So then he starts to give her ‘helpful guidance’, to ‘direct’ her to behave in a way that he imagined, to do things that he wanted, to give him what he refused to articulate.

So now she feels like a failure (because she was obviously ‘doin’ it wrong’), he is frustrated (because it doesn’t feel how he wanted it to feel) and both of them end up resentful and unhappy about how it’s going.

It’s a recipe for failure.

So when a man says he wants to “be used” or to “fulfil her fantasies” or to “be dominated”, it is disingenuous for him to say “and I don’t care what that looks like”. He DOES care, but, selfishly, he thinks it will ‘spoil everything’ if he tells her. Because then she’s just doing it for him. But you know what? SHE’S JUST DOING IT FOR HIM ANYWAY!

And the only way for the relationship to progress past the ‘doing it for him’ bit is for her to find her feet and to do that, she needs to get pleasure from it, to LIKE how it feels, to feel confident and fierce and comfortable, and the starting point for building that is for her to come at it from a position of power. And giving her as much information as possible is arming her with a starting power base upon which to build.

TL;DR: To your actual question *smile*:

“… what if a sub really gets turned on by the idea of being used instead of any particular acts. How does he explain himself then?”

The ‘idea of being used’ has a form, a function, a ‘way of working’, and he needs to find the words to explain to her *what that looks like to him, what it feels like, what it MEANS* so that she has a really solid place to start from.

So whether his version of ‘being used’ is “I want you to tell me to do chores and for there to be consequences if I don’t” or “I would like our sex to be all about what YOU want and here’s what that looks like to me” or “I would like to feel as if I am a tool for your use and these are the things that make me feel that way” or *something else*, he needs to tell her or he is asking her to ‘be dominant’ and then putting her in a position where she has NO POWER to enact it. And that shit is going nowhere good.

Want to ask me something? Pop on over to my Ask Me page and do it! It’s completely anonymous, even to me, so nobody will know it was you… 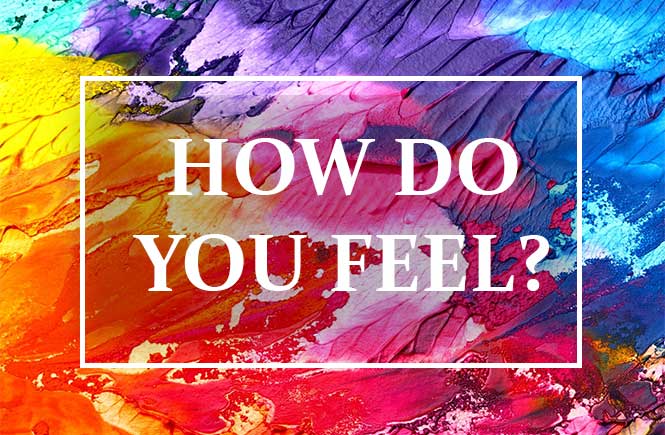 How do you feel when you play?