I talked in my Masocast interview with the lovely UnspeakableAxe about compromising away happiness, and I’ve had a few private conversations about it since then, so I thought it was worth expanding on.

A lot of people seem to start relationships with “Oh, that’s okay, it’s not that important to me” and end up with “What the holy fuck happened here?”

There is always compromise in relationships, but there is a world of difference between small ‘c’ compromise and capital ‘C’ Compromise.

Small ‘c’ compromise is about each side making concessions so that you can both be happy: talking about what is important to each of you, and seeing how you can work together to make it fit. Maybe she likes to use the term ‘boy’, but it has negative connotations for him, so she agrees to use ‘pet’ instead. She still gets to use a sweet name, he doesn’t have to deal with one that makes him feel bad. Easy. You each give a little, with the result being that you are both happy.

Big ‘C’ Compromise is about giving away things that are fundamental to your happiness. It shouldn’t even really be called ‘compromise’ because it’s really not**, but I’m going to use the term anyway because the line between compromise and Compromise is blurry. An example of capital C Compromise might be when she is poly and he is monogamous and she decides to be monogamous for him.

I know that’s an extreme example, I mean who doesn’t discuss that stuff up-front and decide you aren’t compatible??!!

In actual fact, what is MUCH more likely to happen is that there are big items that they never fully discuss, or there are hidden things that haven’t come to light yet, but then they get emotionally invested in the relationship and by the time it becomes a practical issue, one person is willing to Compromise. Or alternatively, there are a series of smaller compromises, one after the other, and one person does all the compromising, until suddenly they find that they have Compromised away the things that made them happy.

Insidiously, often Compromise is not properly discussed. Sometimes it’s one partner simply saying that they don’t like a thing, and the other partner waving the white flag without even really talking about it. “That’s okay, sweetie, I didn’t realise you don’t like oral, I don’t need it really, even though that’s the only way I can come…”

This kind of compromising away of happiness is not unique to D/s relationships, nor is it unique to either side of the slash.

But surprisingly, you know who I talk to about this the most? New female dominants.

Because they are told over and over to consider their submissive’s wants and needs, to not be ‘that bad uncaring dominant’. Couple that with a few decades of social conditioning to be nice and undemanding, and you have women who try to be ‘good dominants’/’good people’/’good girlfriends’ by compromising on *everything*.

“Oh, you don’t want to get my coffee in the morning? Okay then, it’s fine.”

“Really? You don’t really like pain play? Oh. Okay, it’s not that important…”

“You don’t feel like giving me a massage right now? Oh, not ever? Um. Alright then, I mean, if it makes you unhappy…”

“You want to bring in other partners? Um… well if that’s what you really want…”

There is a point at which compromising is no longer a good option, and that point is *when it makes you unhappy*. Where that point lies is different for everyone, but the intent of this post is to shout this:

Do not compromise away your happiness!!

Unsurprisingly, if you compromise away your happiness, you will not be happy. Seems a simple concept, I know, but somehow we are taught that all compromise is good and healthy. It’s not.

At the end of it, someone can find themselves in a relationship with the person that they love, and it looks *nothing* like they wanted, and they are terribly unhappy. And THEN they look at their unhappy relationship and wonder, “What the fuck happened here?”

From a F/m perspective, this can often lead to a situation where a Domme realises that her submissive is *only* ever doing exactly what he wants because she has stopped insisting on anything that he simply didn’t feel like doing. Even if it’s something that is really important to her. It’s possible to pretty much compromise away your dominance, and with it, your happiness.

How do you know where that line is anyway?

Well, it’s different for everyone, of course, and it’s often not easy to see where it is until you are *well* over it.

I’ve found that a really telling phrase is, “… but I *love* them…” I think if you are saying that to yourself, you are fucked because people only say that when they are rationalising unacceptable things with the ‘but I love them’ defence. If you’re in a relationship, and you find yourself saying that, consider if you are trying to talk yourself into some kind of unhappiness.

We all have different levels of willingness or ability to compromise while still being happy. Mine is low. Whenever I have tried to compromise too much, it made me unhappy. I know this about myself. I won’t do it. I think this is another of the myriad of reasons I like submissive men, because often compromising scratches their submissive itch. But make no mistake, if you are a submissive man, and you are compromising away your happiness, read this post again and have a think about where that line is for you and if you have crossed it. 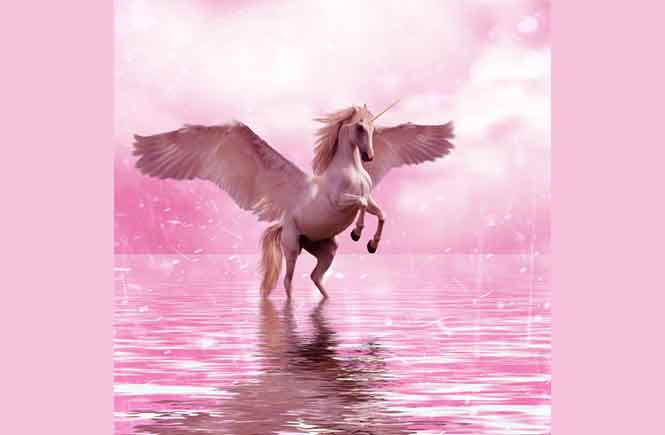