Online domination: What does it mean? 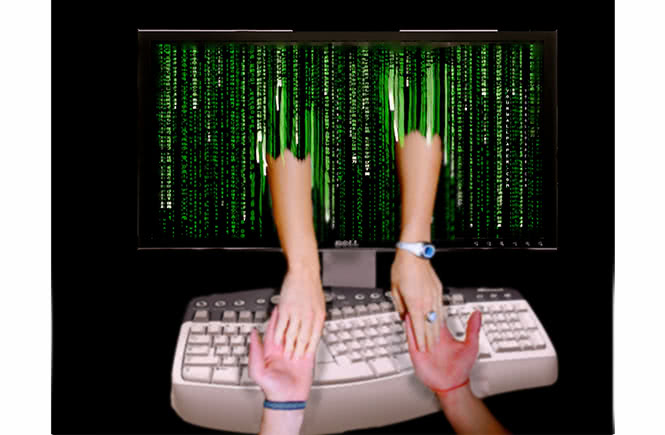 I see online domination mentioned, and I can imagine what it means, but I’m wondering what exactly does it mean to you, if you have an online dynamic. —Question on Fetlife

Assuming we’re talking about online-only interactions, I think for the majority of people (both dominant women and submissive men) it means online play of some sort, mostly ‘her telling him to do things that get him off’. Whether that involves jerk off instructions, sex chat, humiliation, butt stuff, self-spanking, whatever: The underlying objective is the same. At its best, both of them find it hot and fun. At its worst, she is doing a bunch of hard work to provide him with wank fodder <= this is a common scenario and is why ‘pay for play’ exists in this domain.

I think a much smaller percentage of those seeking online domination want some kind of relationship, emotional engagement, connection. Either because they don’t want to, or can’t, get it face-to-face.

My first not-face-to-face submissive of any importance was online-only, way back when. He was in the US. And it was before Skype and digital photos and fast internet. It was mostly IM and email, I think we had one phone call (they were so expensive) and exchanged one photo.

It was fun and sexy and illuminating for both of us. I cut and sharpened my teeth with him. There was genuine affection, a close connection, we enjoyed each other for a year or more.

There is something incredibly intimate about plucking these kinds of unfiltered thoughts and feelings directly from inside his head and having them delivered raw: It’s very different from interpreting reactions from outside like you often do in RL interactions where non-verbal cues, and physically ‘doing things together’ take precedence. Online, all you have is talk and more talk, and the remoteness makes people brave, gives them the courage to share things that are difficult or scary. It can make it easier to be vulnerable.

As a power trip, and to explore my (our) boundaries, and to push us both, I’d experiment with how far I could go, how far I could make him go. It was all pretty mild in the scheme of things, I mean, I was a know-nothing newbie, but I learnt quite a bit about myself in that online relationship, he gave me that gift.

I heard from him not so long ago out of the blue. Shocker to have him in my inbox decades after the fact. An unexpected delight to know that I still have a place there in his head and heart. There is a midlife period, I think, where people look back before moving forward again. Mainly he wanted to know if it was ‘real’, the experience we shared.

It changed his life, he said.

And in all the important ways, it was real.

What we shared wasn’t some ‘throw-away’ piece of fly-by-night wankery between strangers. It was a legitimate, albeit limited, relationship at a pivotal time in our lives where we were testing ourselves and each other out. I had genuine affection for him, he was the focus of a lot of my emotional life, and provided the fertile ground in which the seeds of my dominance found purchase.

And that’s some real shit. So yes, it was real.

I can do LDRs, and have, and arguably I am well suited to them, but I need much more than just online connection now.

Now I meet all of my submissives online, and I will happily flirt around the edges of D/s before we meet to see how that kind of interaction feels for us, I might ask him to do some things for me, shove at him a little to get the behaviour I prefer. I am who I am after all.

But I rarely play remotely and won’t invest too much online: That takes more, much more.

Online domination of various kinds works for many, but it tastes a little dry and chalky to me now.