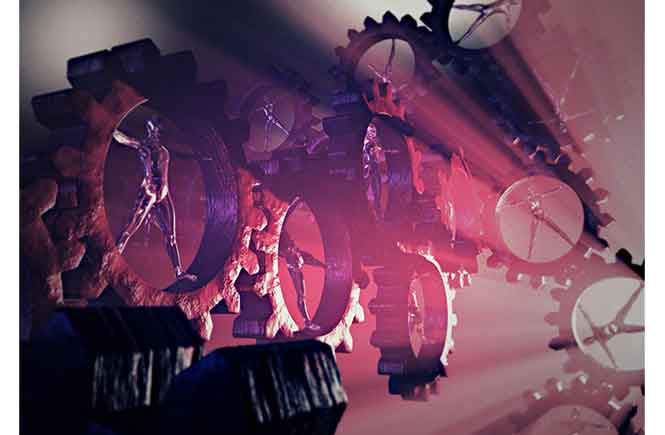 I’ve talked about how introversion feels to me before, but it’s so strange, I’m trying to get a more precise explanation.

At its simplest, the Jungian version of introvert/extrovert is that the former get their energy from being alone and the latter get their energy from being with others. It’s a spectrum and I think a lot of people hover somewhere around the middle. I’m towards the extreme end of introversion. Being introverted doesn’t mean I’m shy or lack confidence or am socially unskilled or any of those things, it’s pretty much purely about energy.

Socialising is an energy drain for me. Socialising feels like I’ve entered some space that exists solely to suck the energy out of my very bones.

My ‘social energy’ is like a separate, discrete kind of energy from other kinds. In my normal functioning life, there’s very little in that tank. And to be clear, ‘working with people’ or ‘day to day life’ is not ‘socialising’.

If I’m going to socialise, I have to fill that tank with as much energy as I need, plus some reserve. And filling the tank is tricky business. I can’t just ‘decide’ to fill it, and ‘there, done’.

I fill it by feeding ‘a mood’ over a period of time, with the aim to have it cycle up and hit a peak at the time I’m doing the socialising. It’s internal mental and emotional *work* and the results are fragile.

A reason why changes in plans are not great for me is that the work I’m doing is based on knowing what’s coming and I’m working on creating the right type and amount of energy for that activity at that time. Change interrupts that process. Like I said: Fragile.

I both need plans, and am also wary of plans in general. It’s a bit of a lose-lose. The former allows me to work on my readiness, but the latter is because I’m genuinely worried that I won’t be able to cycle up that energy for whatever I committed to in the past. I can end up stressed and resentful about past-me having made plans for which I have to do a bunch of work to make it at all enjoyable (for me and for those around me).

I’ve spoken previously about’cycling up this energy’ where the mechanism by which this happens is like a huge weighty piece of machinery that gathers steam slowly and with great effort, and it takes very little to throw a wrench in the works. It does feel like that, like the work I’m doing is manually making those cogs turn, trying to get the machine to fire up to generate that energy.

None of this has anything to do with the people involved, by the way. They can be the most lovely of lovelies, and it makes no difference. It’s not at all about them. It’s 100% about me.

Pretty much the only person with whom spending time is not an energy suck is my partner, when I have one. When someone is that close to me, they get to come into my space and become part of me, and in that, they magically become either neutral or givers in terms of energy. And that’s rare and amazing for me.

All this work is why I have this mercenary ‘return on investment’ view of social activities. The work I have to do to deal with socialising is invisible, but I still have to do it. And mostly, I’d really rather not. It’s exhausting.

And when I’ve done all that, after I’ve socialised, and my energy tank is depleted, I need time to recover, to regroup, to put everything back in its place, to let go of all that work, and to replenish some of that energy.

I think extroverts tend to go ‘why not :)?!’ about socialising because for them it’s all good in all the ways. As an introvert, I tend to go ‘ugh, but why?’, and I often struggle to answer that question.