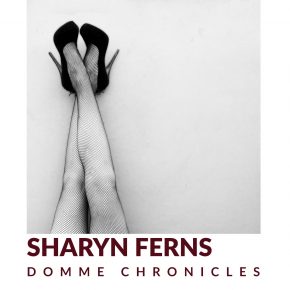 Want to ask me something? Pop on over to my Ask Me page and do it: even if I’m slow, I WILL get back to you! It’s completely anonymous, even to me, so nobody will know it was you…

Full transcript after the jump.
___

This is a long one but I’m going to read the whole thing because I think it’s a really common issue or question that novice dominants have, and so I think it’s really valuable.

I really admire your writing and have been reading your blog for quite a while [aw, thank you so much]. I am a novice Domme and would really appreciate some of your wisdom. My long term partner is amazing, just my type and we really click – except for in kink.

While it has always been the centre of my fantasies, it seems more marginal for him. He enjoys whatever I choose to do to him, but I feel it’s more to please me.

I wish he would eagerly ask me to do something with him, but he always waits for me to bring it up. I have the feeling if I just wanted to have vanilla sex from now on, he’d be happy with that too [choko sex, you know she means choko sex…].

He gets like a puppy who did something wrong when I punish him, and sometimes I can push through that reaction and get somewhere we both enjoy, but sometimes it just makes me feel bad and not in a sexy way. I hate feeling as if I’m forcing myself on him (turns out it’s not so hot outside of fantasy) so we haven’t done a scene in a while now.

I re-read your post about how vanilla men can seem kinky when they’re in love and I’ve started to worry about it. The thing is though, it feels real when he serves me, like he really does enjoy it like I do. He does little spontaneous subby things for me all the time, like fetch me coffee in the morning and rub my feet. Sexually we’re very compatible and he does seem to enjoy the kinky things we do.

I’m definitely the one who “wears the trousers” in the relationship and he likes things this way (I think…). I’ve talked to him about it and he’s happy to change things up if I want – but I can’t even clearly describe what I do want. He even offered to open up our relationship so I can find other partners who are more submissive than him, and I joined Fetlife for a bit, but I can’t imagine being with anyone else. I love him.

I would appreciate your perspective especially because I don’t have much experience with other lovers and haven’t done these things with anyone else. Is this situation normal? And is there some way we could communicate better somehow?

Thanks so much if you can advise, and you can publish this question if you like.

Phew, there’s a lot of stuff in there.

I’m going to pick things out and ramble a little bit.

Firstly I wanted to pick out an easy one.

You said “He gets like a puppy who did something wrong when I punish him, and sometimes… it just makes me feel bad and not in a sexy way”. Confusing ‘punishment’ with ‘play’ can be fraught, and you’re in an odd space with him so stop doing that. It obviously doesn’t help your mindset and I suspect it’s confusing for him, so stop framing play as punishment.

If you want to do some kind of impact play with him or give him a spanking or anything like that, just tell him it’s because he’s hot as fuck and that makes you want to get him naked and hit him with things because it turns you on, and then go for it. That takes the badness out of it for both of you and prevents you from confusing that whole, you know, play thing with something that means you’re not happy with him. Because that’s messy and it’s messy and it’s confusing and you’re already in a confusing place.

In general, you’re a little bit all over the place and I can understand that, I mean relationships are complex, and what’s going on is a complicated situation. But I think a big issue is that you don’t quite know what you want so of course that means you can’t ask for it. Another is that you’re not sure what he’s thinking or feeling and that’s making you feel unsettled and insecure.

I think in the situation you’re in, yes absolutely both of those feelings are completely normal. Because it’s hard stuff… it’s really hard to make these things work when you’re the instigator of some kind of kink in a relationship and the other person is ostensibly vanilla. That’s a tricky situation.

I’m going to say that someone can enjoy something and still never ask for it. There can be many many reasons why he doesn’t ask in this situation. Maybe he’s shy, maybe he feels like it’s inappropriate, maybe he thinks playing the sub means never initiating, maybe he needs to know that you really want it, maybe he prefers for you to take charge, you know. There any number of reasons why he doesn’t initiate and none of those may have anything to do with the fact that he enjoys it. So those two a very separate things. So other than saying ‘talk to him’ which is the dumbest advice ever because if people knew how to do that in a way that worked everyone would just do it, right, I do have some specific ideas.

The other suggestion I have is to sit down alone and relax have a glass of wine and picture your perfect day with him. And by ‘perfect’, I don’t mean fantasy, I mean, like, be realistic. So if you work or have friend/family obligations, that sort of thing, include all that, it’s real life, um… but write down how you feel and how the two of you relate, how he speaks to you, how you speak to him, what you do that day, and be very specific. It’s just one day so draw out what you would like it to look like, because doing that can help you define what it is you think is missing. It might help you to tease out what you want to be different.

When you’re happy with it, with your perfect day, show him and talk to him about it. And then see if you can (if he thinks, you know, that sounds awesome), see if you can set aside a day to do it, to do that perfect day for you.

And that gives you a jumping off point to both experience what works and what doesn’t, and gives you something to focus on, to talk about what you each thought worked and what didn’t. And if things work for both of you, then you have some idea of where you can start to build if you know what I mean.

You mentioned um that, which I alluded to earlier, that one of the issues is that he never initiates, so you can make a rule that he has to ask for some kind of play once a week or, you know, once a fortnight or whatever works.

If he’s really shy he can put the suggestion or a few suggestions into a jar and you can pick one out.
I think the BDSM checklist will get you a long way there but if you want him to initiate then, you know, any time that he feels like playing he can bring it up, and he has been given permission and even told that he must bring it up. So it’s a difficult thing because you don’t want to mandate play so maybe the jar thing gives him some more flexibility: that he can put something in the jar and he can tell you there’s something in the jar and if you want to do something with that you can and if you don’t want to you don’t.

And again to your… for your own reassurance, because I can hundred-percent understand this niggling fear that he’s not enjoying it…you kind of go ‘I don’t know if he enjoys it really but I know he does but I don’t know if he does’ is that is to maybe make him do some kind of report (and it’s a very D/s-ey thing) but some kind of report after you play to tell you what he enjoyed about it.

[If I was a ‘proper dominant’ (I’ve just put that in air quotes, a ‘proper dominant’), he should tell you what he didn’t like also but I frigging hate that. I don’t want to hear what you didn’t like: tell me the things you liked, I’ll make some assumptions about some of the things you didn’t like so much by your reactions and by you not including it, but man if some dude’s going to tell me that I did things wrong because he didn’t get off on it, I’m gonna be telling him to get out [laugh]. I’m a terrible dominant really, I don’t know why you’re taking advice from me!]

If he’s any kind of writer, you can ask him to write it down, maybe in an email or something like that. If not you can just talk about it, but I think often writing things down is often easier because it’s not quite as ‘in your face’, and he doesn’t have to think on his feet, he’s got the time to have a little think about things.

I think you’re in a tricky spot here. You obviously love him and I assume he loves you, which is wonderful and fabulous and congratulations for that, but it does make the lines between ‘doing it because I want to’ and ‘doing it to please you’ quite blurry. And while the latter sounds awesome to me, I one hundred percent understand that it carries with it the risk that at some point he might decide that actually he doesn’t like it so much and the drive to please has dissipated from what it was in the beginning of the relationship because he’s essentially vanilla. And doing it all for you then becomes something that he doesn’t want to engage in anymore, and I know that’s a risk.

But to be honest, if that’s the case, he probably won’t even know it himself at this stage. And I think the risk is worth taking.

The best you can do is keep the lines of communication open and give him a safe space to tell you if it’s no longer working for him.

And he sounds so great! I mean the fact that he suggested that you go outside of your relationship to get what you need means he recognises there’s a problem and he wants you to be happy. I have to say though that it also implies that he does not think he can give you what you want. Whether that’s true or not I don’t know and I suspect you don’t know, and maybe he doesn’t even know either, but I do have to cautiously say that it implies that he thinks he can’t.

I really wish the both of you the very best of luck and I really hope it works out for you both.