This fabulous email landed in my inbox a while ago, and it was such a fascinating, wonderful story of discovery and evolution that I really wanted to share it. So with permission, here is Dani’s story.

I just wanted to tell you thanks for having such an awesome, n00b-friendly blog and thanks for doing the submissive men images video.

The very condensed version of my story is this: A little less than a month ago I was surfing around with my boyfriend of 5 years, on Amazon, looking at vibrators or something. Down at the bottom, there was a link to all sorts of “Customers who bought this also like …” and we were laughing at the other stuff that came up — floggers, hoods, ball gags, pony butt plugs, and “ridiculous” stuff that freaks enjoy. Hey, it takes all kinds, right?

And then I saw it — the answer to my being chronically sexually unfulfilled in this and every other relationship; the cure for my guy’s utter inability to lift a finger around the house, ever — it was a chastity device. I didn’t even know such things existed outside of oddity museums. I just immediately KNEW what needed to happen and that I was never going to be happy in a relationship without it.

I knew our lives were going to change immediately and that my life could go from “kinda shitty” to amazing — what I didn’t know is exactly how I could accomplish it! The next few days passed in a blur as I explained to him what I wanted and that it was going to start right now. To his credit, while he initially thought I was kidding and that the idea sounded horrible, he went along with it even though he had no idea how to do it. In the outside world, he’s very masculine, very competitive, a natural leader, etc. so he ended up challenging me and “not doing it right” a great deal for the first few days, and I had no clue how to “force” it to happen.

We went to a store and picked up a CB-6000. Meanwhile I did a ton of research and came up with very little information other than (surprisingly) it is almost always the MEN who seek out this type of arrangement, that typically it’s the man trying desperately to convince the woman to do this, and that most of the stuff online is far more porn-y and man-centric than educational. While it was encouraging to know that if it didn’t work out with my guy I’d have no shortage of replacements, I wanted him and no other.

I found very little (basically nothing in the first couple of weeks) in the way of how to “correctly” introduce this sort of thing to your man, and how to be a dominant woman when you’ve basically been a doormat your whole life. I realized I had always been dominant at the beginning of relationships when everything was wonderful, and that this is how I was happiest. But I had no idea how to keep that role, other than through violence (whips and chains, yikes!)

I felt miserable because this is the sort of thing that should be disclosed VERY EARLY ON in a relationship, not 5 years in. What kind of asshole could suddenly demand and expect total servitude from a man? I just knew that wanting this was wrecking my relationship with the man I loved, and I didn’t know how to do anything else because I NEEDED THIS AND HAD TO HAVE IT.

And then I saw your “submissive men, you are beautiful” video. (I saw the NSFW version). I watched it about 30 times, mostly because I loved the music, but the images interested, titillated, and terrified me. Would I have to do this sort of thing to my beloved? Wasn’t that horrifically cruel and degrading? But these very artistically-photographed beautiful men were FAR from unhappy — they had the most “blissed-out” expressions I’d ever seen. The knots in the ropes were so intricate! The beatings must have been so intense to leave those marks!

I just kept looking and processing what I was seeing. I showed it to my guy and we discussed everything at length. While he didn’t enjoy the male nudity, he did agree that they looked super happy and promised to give the new situation an honest try. Skipping the details about how I came up with the new rules and how he responded to each new thing, and skipping the personal details about how our sex life is now mind-bendingly awesome, if we fast forward from a month ago to now, we are now the most intensely happy couple that ever drew a breath of air. We are both more productive, more confident.

I feel like I am finally just being myself — instead of a pattern of a short courtship phase being replaced by my waiting on a man hand and foot, trying to think of anything I could do to please him, throwing myself at him sexually, hoping he would find me worthy to love, I am finally being loved and respected and fulfilled in a way that I have never even come close to before.

And my guy is so happy; he showers me with affection, flirts with me, and tells me all the time that he loves me so so much and wants me desperately. These days he thinks of my pleasure first and constantly thinks of ways to please me. I am helping him to be more successful socially and at work, and our home is becoming a peaceful oasis — albeit, an oasis with an awesome dungeon in it. We are becoming fitter and taking better care of our bodies. I feel like I was BORN to do this, and it just feels like everything is right in the universe.

It certainly wasn’t solely because of your video, but your video really helped me to realize that what I wanted was OK, and that lots of people do this in lots of various ways, and that whatever way I chose would be the right way. (There is no “right” way, only MY way!). And people who think it’s scary or weird just don’t understand it, and that’s OK too — maybe they’ll get it one day like I did, and maybe they won’t.

This sort of information is really important for someone who is just discovering a entirely new and different aspect of their personality and sexuality that is so huge and life-changing! If you want to do another video in the future, I will send you some photos of my beautiful man.

Anyway, thanks for having such a softly written, informative, personality-infused blog that isn’t pornography designed around a man’s wishes, like so much of what I found in the early days. I was very scared and worried then, so your video was incredibly helpful for my mental state at the time. So, thanks :) 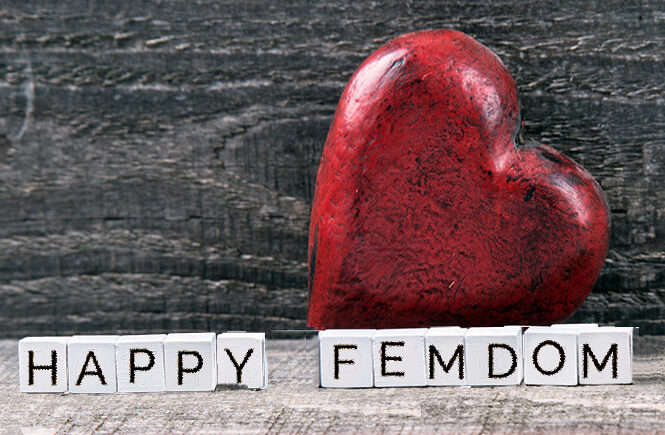 On being emotionally fearless

Get me in your box

Come listen to me